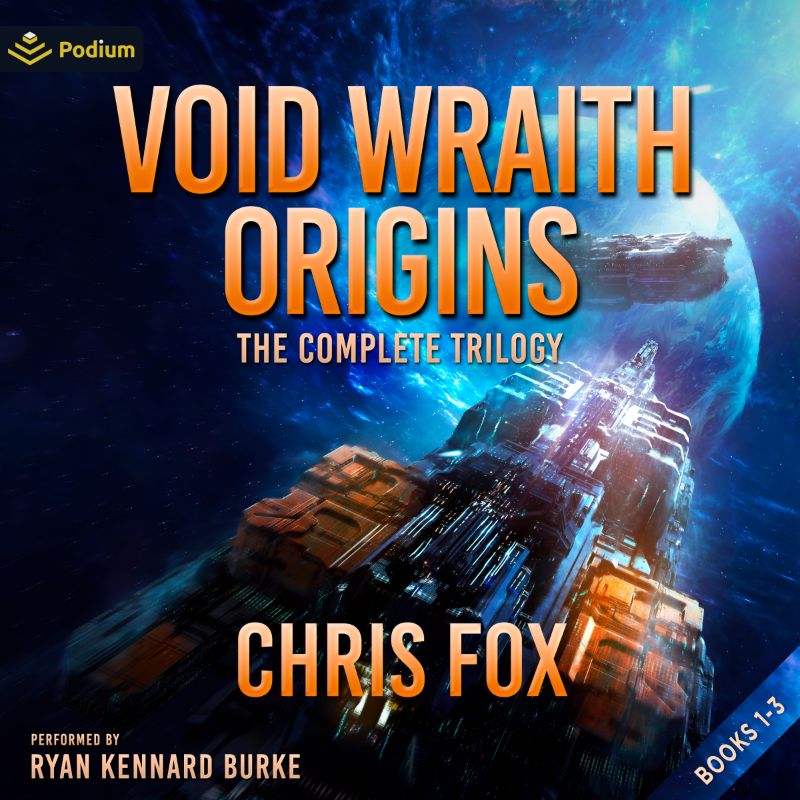 Captain Dryker is a washed-up vet mining on the fringes of the Kuiper belt. He loads rocks into the Folly’s railgun and fires them back to his corporate overlords on Earth. Boring, just the way he likes it. Until one day, an alien signal bursts from Pluto, which as it turns out is neither a planet nor a planetoid body. It is an ancient defense satellite activated because it detected the return of the Vuka Spectra. The Void Wraith.

Dryker is the closest ship on the scene, but not the only one vying for the prize. His only hope is finding something, anything, within the installation to counter an alien superior technology to save mankind.

Humanity’s first interstellar war. Earth has had a year to recover from their first clash with the savage Tigris; a year they have put to incredible use. Over 30 vessels have been outfitted with the new Helios Drives, which allow them to enter our sun and emerge elsewhere in the galaxy. Commander Dryker serves as first officer aboard the very first vessel to be retrofitted, the UFC Johnston. His mission: explore the six target worlds where they believe ancient Primo tech can be recovered. Without it, mankind is doomed to a protracted war of attrition with a superior foe.

Humanity’s end is upon us. The Tigris have declared a sacred hunt against Earth. During the last battle, Dryker’s daring plan turned back their vanguard, but now the entire fleet has arrived. Thousands of Tigris vessels converge upon our world, with only a few dozen battleships, and our remaining orbital defense platforms to shield us. Captain Dryker is placed under the command of the sadistic Doctor Reid, and sent to reactivate an ancient Void Wraith factory. Within this factory slumbers an army of Void Wraith, and a fleet of harvesters. But if he succeeds those forces will not work for Earth. They will begin the eradication and wipe out everything.