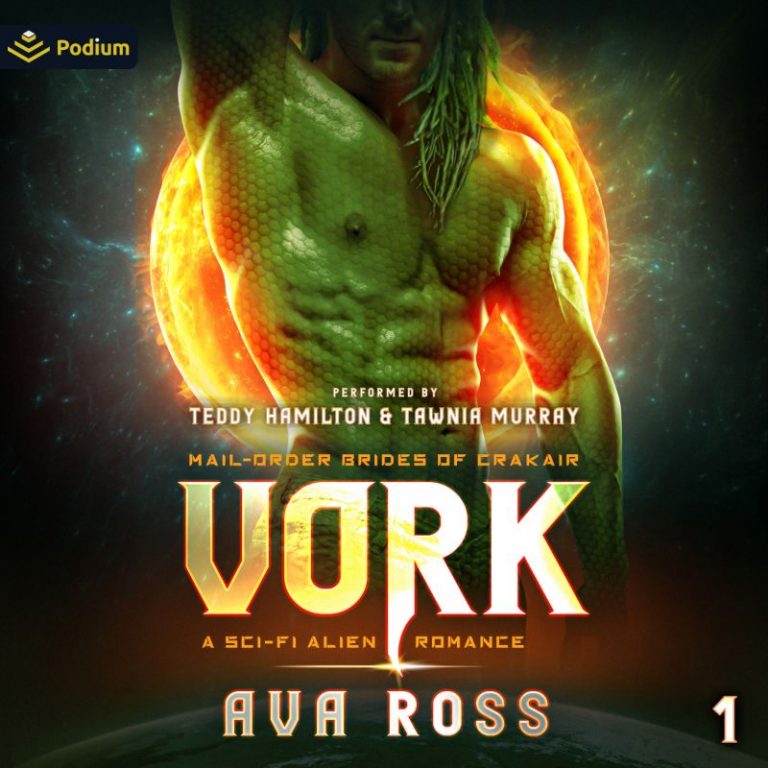 He’s cocky, seven-feet-tall, scaly and green. She’s been burned in the past. Can an alien and human woman find true love together?

Burned by an ex, the last thing Evie wants is a husband, especially a seven-foot-tall, green-skinned alien. But when she applies to the Extraterrestrial Matchmaking Service on a dare, she’s paired with Vork and sent to Crakair as a mail-order bride. Vork is big and dangerous, and he hits all her buttons. Passion sparks between them, but does she dare trust this sexy alien with her heart?

As a career spacefleet commander, the last thing Vork has time for is a mate. But after a mix-up, he’s matched with a human female. He decides he’ll produce a child with her, then get back to his life in the stars. Until he touches Evie and a matebond flares on his palm. When a rival warlord challenges Vork and Evie is the prize, Vork will have to decide: Give Evie up, or battle to the death to claim her as his bride.

Vork is book one in the Mail-Order Brides of Crakair series, but it can be enjoyed as a stand-alone.