Walking in a Witchy Wonderland: A Holiday Anthology | Podium Audio

Walking in a Witchy Wonderland: A Holiday Anthology 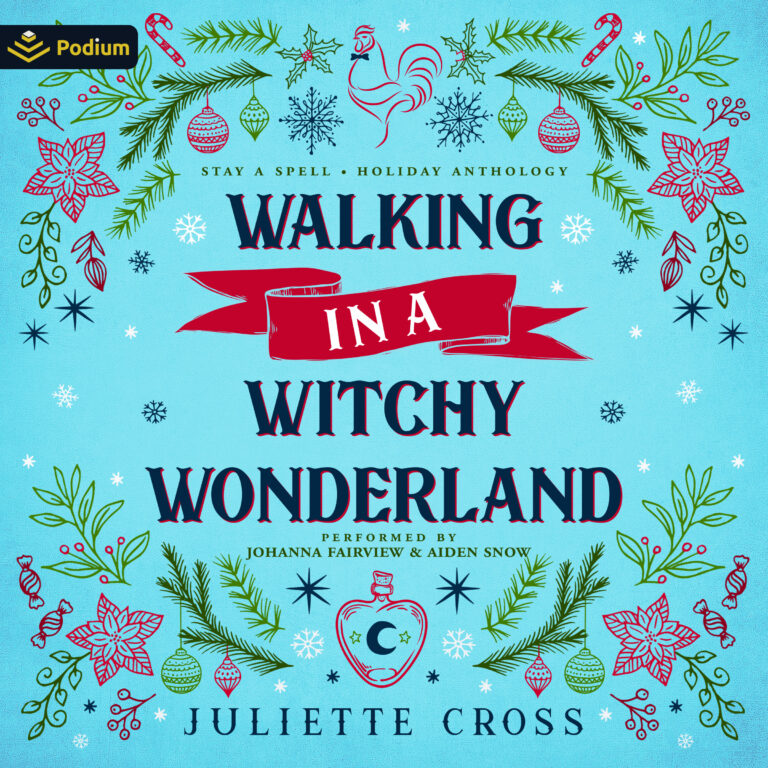 Getting hexy for the holidays! Five sexy stories set in the Stay a Spell world you don’t want to miss, where mischief and mayhem dominate the holiday season for the Savoie sisters of New Orleans.

Bewitch You A Merry Christmas: Always the peacemaker, Evie conjures Christmas magic between a hexed hottie and his witchy neighbor, while Mateo and Alpha plan to do whatever it takes to get some alone time with their girl.

Rockin’ Around The Hexmas Tree: A dirty Santa gift with a very special hex boosts Devraj and Isadora’s sex life from sizzling hot to scorching.

Jingle Bell Jock: On New Year’s Eve, a new man puts the moves on Charlie. Tired of pining for his best friend, he’s ready to move on. Fortunately, JJ’s jealousy is just the right ingredient to move them well out of the friend zone.

You’re A Mean One, Mr. Grim: Her first glimpse of grim reaper Gareth Blackwater evokes a major case of insta-hate in Lavinia. In that same moment, Gareth is hit with insta-lust. Fate is playing with them both, and neither one is happy about it.

JULIETTE is a multi-published author of paranormal and fantasy romance & the co-host of the podcast, Smart Women Read Romance. She is represented by Rachel Brooks at BookEnds Literary Agency. She is a native of Louisiana, living in the heart of Cajun land with her husband, four kids, black lab named Kona, and kitty, Betty. When she isn’t working on her next project, she enjoys binge-watching her favorite shows with her husband and a glass (or two) of red wine.