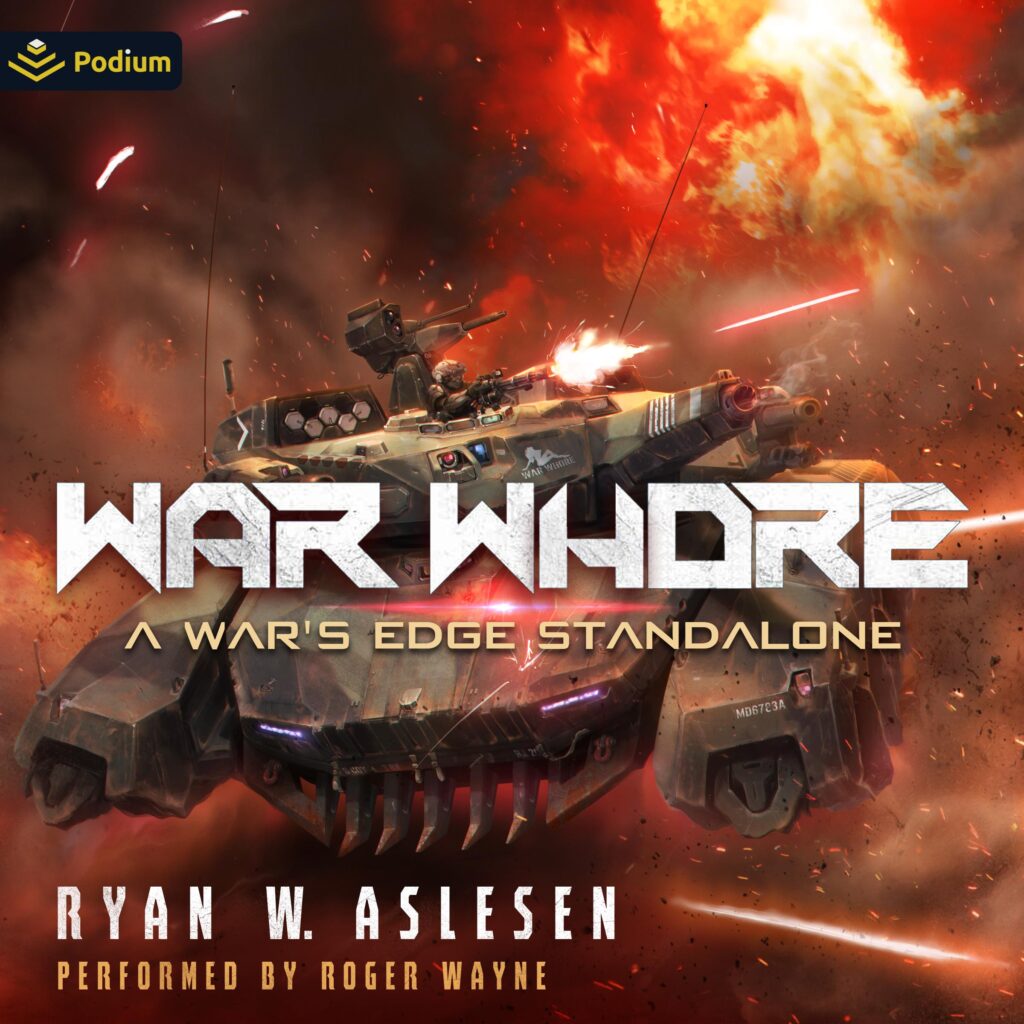 War Whore is a thrilling stand-alone novel in the War’s Edge universe.
The most dangerous job in the galaxy…
In war, there is no second place. To ensure victory, planetary governments employ private armies to help fight their battles. And the Berserkers are the best. As the galaxy’s preeminent mercenary force, they are hired by governments and corporations to do jobs that are too tough, too messy, or too deadly for their own forces. Expertly trained and equipped with the most advanced weaponry, they are willing to do whatever it takes to fulfill a contract – if the price is right.
Their job was to kill and get paid handsomely for it, but being a hired gun doesn’t mean there isn’t a code. For the Berserkers, that means taking care of their own. Captain Ron Axel finds that mantra tested to the limit when he must lead a daring mission to rescue a Berserker force trapped deep behind enemy lines on a bleak frontier world. With no margin for error, the Berserkers must fight to survive against an onslaught of hostile forces, and Axel must choose between accomplishing the mission or the survival of his men.
They stand to make the biggest payday in the galaxy…if they can live long enough to spend it.