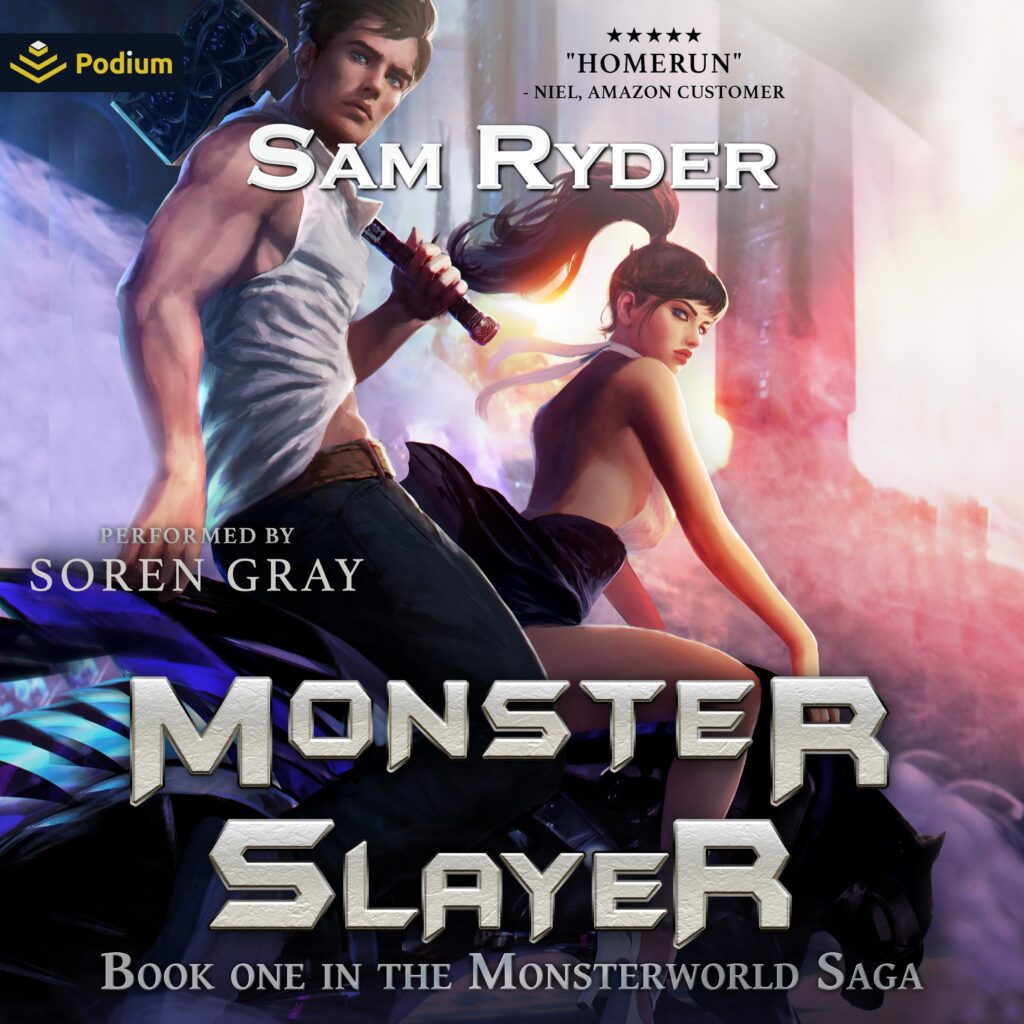 Slay monsters. Bed goddesses. Level up.
Or die trying.
Sam Ryder’s life already sucks, and it’s about to get worse when he’s fired from his dead-end job as a programmer. He’s about to head home to escape into his favorite RPG, Alien Civilization, when he’s offered a thrill ride on a death machine (AKA motorcycle) by a gorgeous woman straight out of one of his games.
Before Sam can say "WTF?", he’s been whisked away to a dark world of monsters and goddesses, his body transformed from Outcast to Warrior, the second level on a ladder that may eventually carry him all the way to Demigod.
Trapped in this horrifying world, Sam must find a way to reignite the dwindling army of Warriors before the legions of monsters breach the ward shields that have protected the three goddesses for centuries. His best chance is to reach the next level: Protector.
Note: Contains monster slaying, cursing, heavy violence, and a bunch of exotic goddesses and alien women. Mature listeners only.