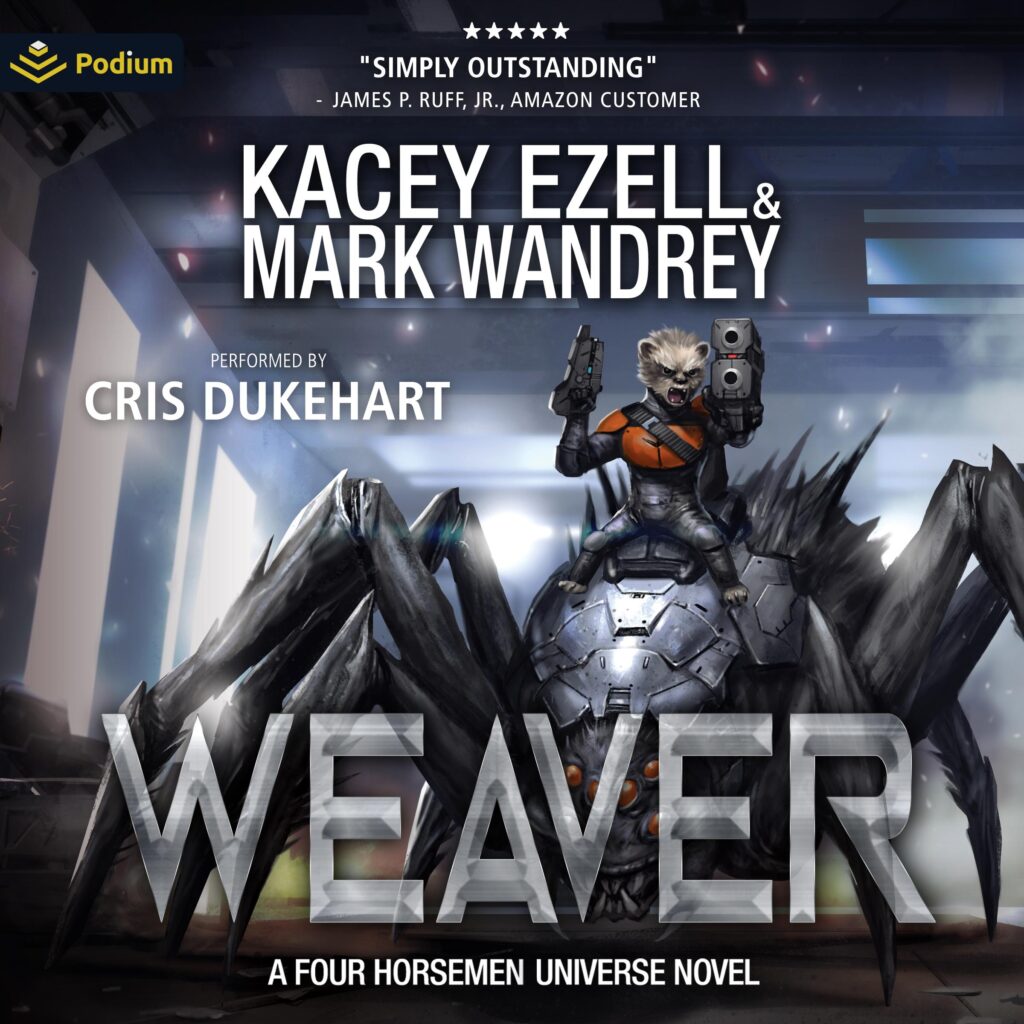 By: Kacey Ezell and Mark Wandrey

A Tortantula and a Flatar. The most enigmatic teaming in the mercenary guild, it’s also a perfect pairing, where one’s strengths cover the other’s weakness.
Raised together from birth, their lives are a brutal series of tests. From the moment they’re thrust together, they are forced to kill their own kind just to survive. No excuses, no mercy, no room for failure. Succeed…or die.
Azah isn’t like most other female Tortantula; she’s much smaller and made fun of constantly. No one expects her to survive, much less succeed, but she’s still given a chance and assigned a Flatar: Sadek. The two quickly bond and find they complement each other. Against all odds, they survive the breeding dome and join the ranks of their races’ mercenaries.
But Azah begins to exhibit some extremely odd abilities, and everything changes. When Sadek uncovers a plan to manipulate the Tortantula breeding program, he’s unable to determine what their goals are…only that they have plans for Azah. Powerless to stop their shadowy machinations, the two know one thing: They want to stay together "Zha Oort" – until the ending.
But Fate is calling, and Fate doesn’t care what anyone wants.