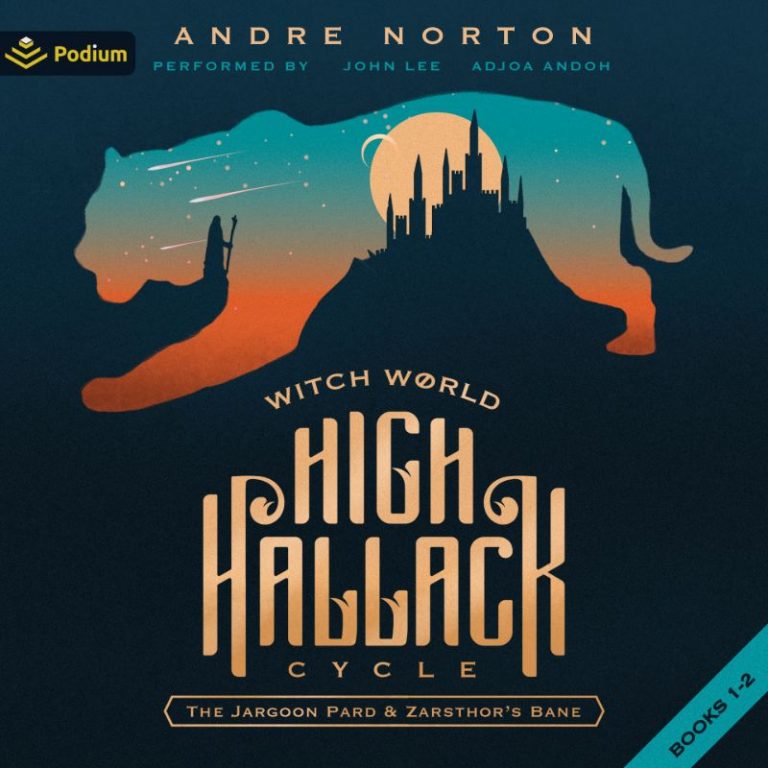 Set on a planet in a parallel universe where magic is a reality, these high fantasy novels from the Witch World series transport you to the western continent of High Hallack, illustrating why prolific author Andre Norton was named a Grand Master by the Science Fiction and Fantasy Writers of America.

The Jargoon Pard: When a strange traveler gifts young heir to the throne Kethan a belt of leopard skin embossed with a stone – a jargoon – carved in the shape of a predatory snow cat, he becomes possessed with its magical powers.

Zarsthor’s Bane: A once highborn lady and her loyal feline join forces with a demented lord and his devoted squire to find the powerful and magical Zarsthor’s Bane – an object as wreathed in mystery and ancient lore as it is cloaked in peril.