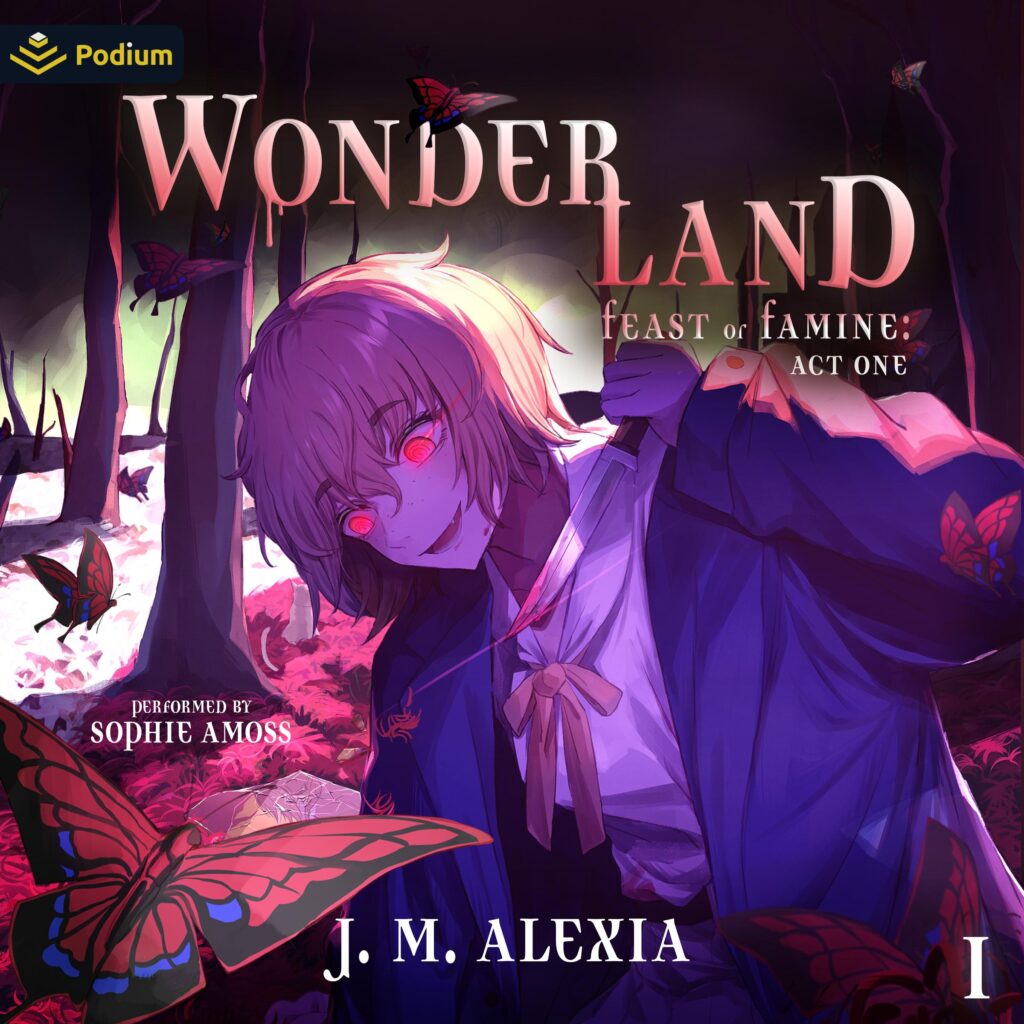 Morgan Mallory is a typical college girl, immersing herself in her studies and her various hobbies—and overcoming her deep psychological traumas by indulging in careful manipulations and socially acceptable cruelties. So when she wakes up to discover she’s been transported to a new world that’s oddly reminiscent of a certain childhood fantasy story, she does what any completely sane and totally altruistic heroine would do: set out to kill the queen who brought her there.

To survive in the land of Pandaemonium, Morgan, now going by the name Maven Alice, will need to defeat monsters, build her stash of weapons and spells, and team up with mythical creatures ranging from elves to incubi to geists. But even that won’t be enough. Because if M. Alice truly wants to dominate the Labyrinth before her, she must be willing to sacrifice everything to increase her power—even if it tears apart her very soul . . .

Combining elements of fairy tale and mythology, horror and fantasy, and stories strangely familiar and imaginatively unique, Wonderland is the first book in a seductively disturbing series from a warped and talented new voice in literature.

The first volume of the hit portal-fantasy series—originally released on Royal Road—now available on Kindle, Kindle Unlimited, and Audible!