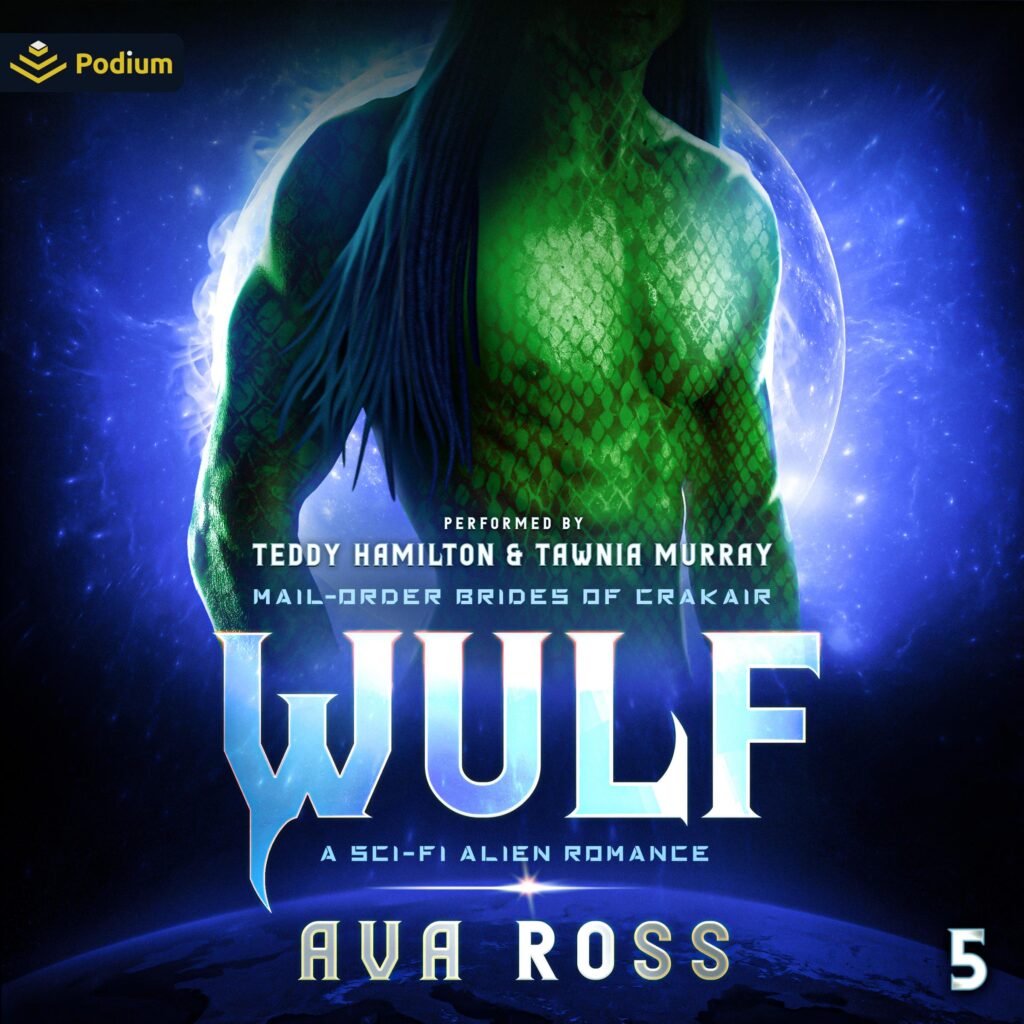 He’s a rough Vikir warrior. She’s a mostly proper librarian. Can an Earthling woman and a green-scaled alien find love together in the stars?
After she’s kidnapped by blue-skinned aliens, Taylor escapes and bails from an alien space station in a shuttle she has no clue how to drive. She crash lands on a nearby planet made up mostly of jungle. Once she finds her way off the planet, she’s determined to return to Earth. Until Wulf, her Crakairian "mate", comes to her rescue. He says he won’t fight her if she wants to return home, but that doesn’t stop him from trying to change her mind. He’s gruff and scaly and much too appealing. And his kisses? If she could keep her hands off him, she might be able to think straight. But with jungle creatures trying to eat them, going home might not be an option.
As head of his Vikir clan’s warrior regiment, Wulf is scarred and unrefined, the exact opposite of his sweet female mate who speaks in a sophisticated manner and loves books. When she tells him she’s thinking of returning to Earth, he decides to show her what she’ll be missing, even if he can only do this in a rough and bumbling way. But with jungle creatures hunting them, their biggest challenge will be escaping the planet.
Wulf is book five in the Mail-Order Brides of Crakair series, but it can be enjoyed as a stand-alone.