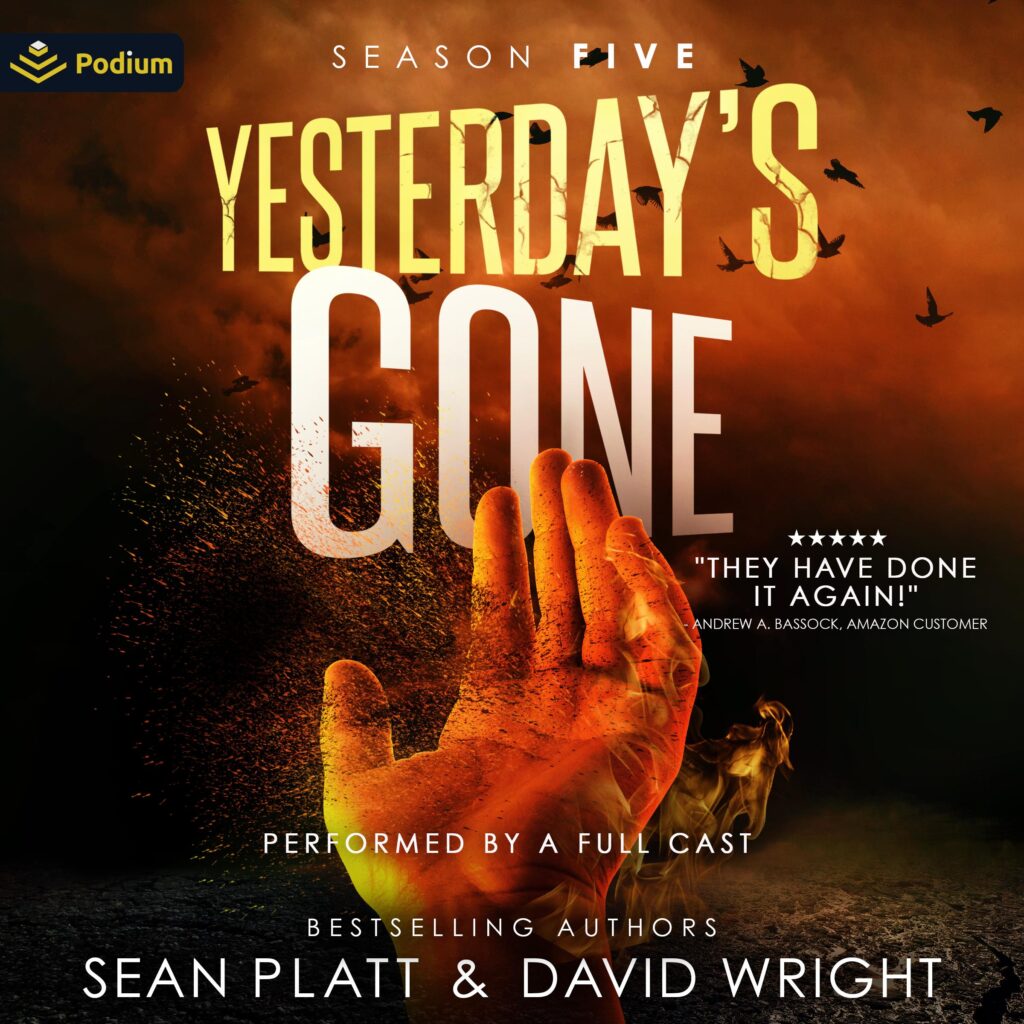 Time is running out.
Eleven alien vials hold the fate of humanity, but who can be trusted with them?
In their race to save the world, the Black Island Guardsmen must put Paola in a danger unlike anything she’s ever faced.
How far will the Guardsmen go to get the vials? Can Mary protect her daughter from an insidious alien who’s caused too much destruction?
The Darkness has already consumed two of their own.
Will Luca be mankind’s savior or its final judge? Can Boricio overcome his past, or will he succumb to his single weakness – an infected Rose?
Will the world fall prey to The Darkness, or is there still time for The Light to triumph?
Find out in season five of Yesterday’s Gone, the penultimate game-changing season of Sean Platt and David W. Wright’s best-selling postapocalyptic thriller series.
Warning: This book is intended for mature audiences and contains disturbing and potentially offensive material.
The full cast includes Ray Chase, R. C. Bray, Cassandra Campbell, Scott Aiello, Johnny Heller, Khristine Hvam, Sean Runnette, Chris Patton, Tamara Marston, Brian Holsopple, Christopher Gebauer, and Luci Christian Bell.