You Are Prey | Podium Audio 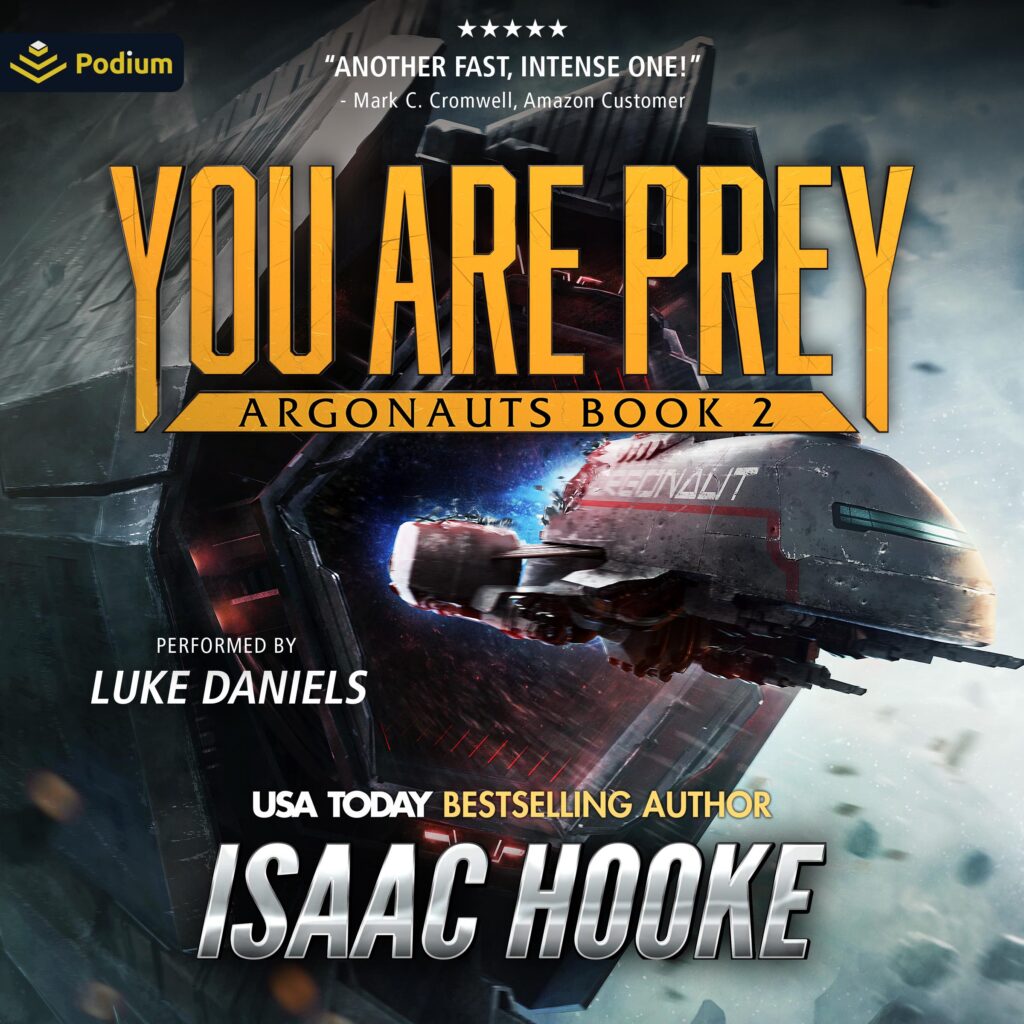 Rade and his team of ex-military personnel pursue a Phant to a destroyed world on the far side of the galaxy.
They soon discover the planet isn’t as dead as they believed. Their target hides within a massive nest inhabited by aliens appearing to belong to Tech Class I – barely out of the stone ages. Rade elects to go ahead with the operation. The team enters the nest to capture the prey.
But what begins as a simple infiltration and extraction mission soon turns into a living nightmare.
Trapped beneath an alien world, surrounded by hostile lifeforms, and fighting for their very lives, Rade and his team quickly realize the roles have reversed. They are no longer the hunters.
Instead, they have become the prey.