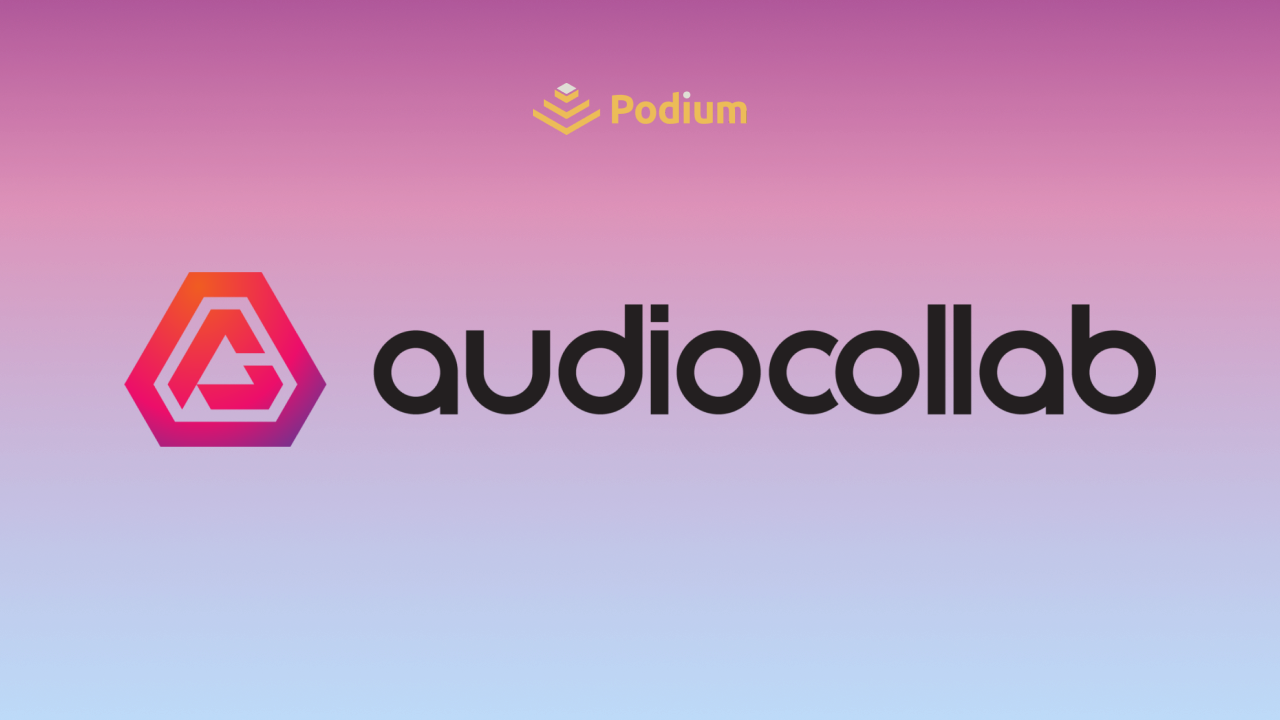 Los Angeles, CA – October 25, 2021 – Podium today announced the launch of AudioCollab, a partnership with some of the most sought-after audiobook voice actors in the industry today. AudioCollab aims to support and elevate the impact of the top performers in the audiobook industry by supporting these in-demand performers with multi-year, guaranteed individual contracts in addition to resources to develop each voice artists’ social media footprint and fan following.

From its founding, Podium understood that audiobooks are not a secondary format to traditional print: the primacy of spoken word storytelling makes it a unique art form—a performer gives texture and depth to the narrative in a way that flat text simply cannot. “In film and television, talent is the top driver of box office and consumer interest. At Podium we have experienced the same impact and seek to apply the same learnings. Our trusted performers bring an author’s story to life in listeners’ ears and with their talent, the demand for these works is greatly impacted. Listening to an audiobook is such an intimate experience—any single performance can make or break a title,” stated Scott Dickey, Podium CEO.

“Audiobook readers are turning to the performers to discover new titles and make their listening decisions,” said Maggie Silver, Podium’s Head of Strategic Marketing.  “R.C. Bray’s dedicated fans want to listen to new science fiction and thriller stories brought to life by his familiar voice coupled with his unique interpretation of the text. Bray is a potentially bigger draw to a work than the author which turns the usual book purchasing decision  on its head,” Silver added. “And, similarly, Tim Gerard Reynolds and Andrea Parsneau are sought out by fans of fantasy and LitRPG audiobooks respectively.”

AudioCollab operates independently under the Podium umbrella—it is not a publisher or producer; rather, its primary goal is to help voice artists achieve their career goals and maximize their valuable time and talents most efficiently and effectively. Artists are not required to work exclusively with Podium; instead, AudioCollab operates independently in the best interests of each voice artist whether they are working directly with an author, a publisher, or a retailer.

“I’ve been working with Podium since 2012, before they cast me in the original recording of Andy Weir’s THE MARTIAN,” says AudioCollab partner and narrator R.C. Bray. “Partnering with AudioCollab is a natural progression in our working relationship.  Doing so has allowed me to achieve the work-life balance I’ve been chasing for years by helping to prioritize my time so I can spend it doing what I do best – narrating and, above all, being a dad and husband.”

There are undeniable synergies between the two entities: most artists will be working organically on many Podium Audio projects, thus allowing the publishing arm to deeply integrate scheduling with production coordination. Similarly, synergies will naturally occur for author and performer   via a  coordinated marketing campaign, organic cross-promotion, and social channel optimization and growth.

According to AudioCollab member Tess Irondale, “it’s thrilling to see a company like Podium place audiobook narrators front and center. Given the explosion of audio content consumption over the past few years, it’s finally  time for audiobook narrators to be recognized for their craft and influence.”