John Pearson was born just outside of Washington, DC, but moved to Texas as quickly as he could. Growing up with a passion for science, math, and calculator watches, he obtained engineering degrees and basketball (watching) accolades from Duke University and Texas A&M. His first job out of college was designing small solid-state heat pumps, where his cubicle simply was not big enough to contain him. When the engineering market went sour, he decided to try his hand as a teacher, and he toiled as a math teacher for 13 years. He now uses his mad math skills as an analyst in a really tall building downtown. When he's not working, he's reading, blogging, or making YouTube videos like "Darth Vader Explains the Pythagorean Theorem." You may have seen (and hopefully rooted for) him on the Jeopardy! Teachers Tournament in 2013 and the Tournament of Champions in 2014. 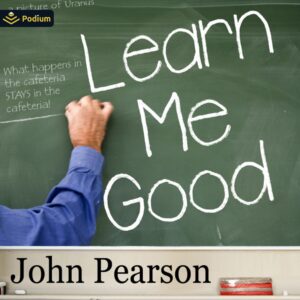