Kids of The District | Podium Audio 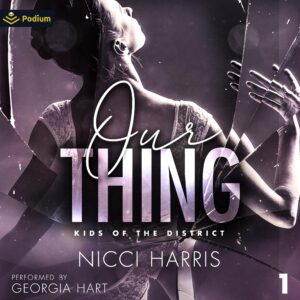 Kids of The District, Book 1 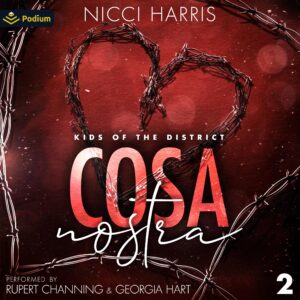 Kids of The District, Book 2 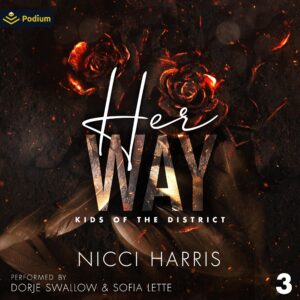 Kids of The District, Book 3 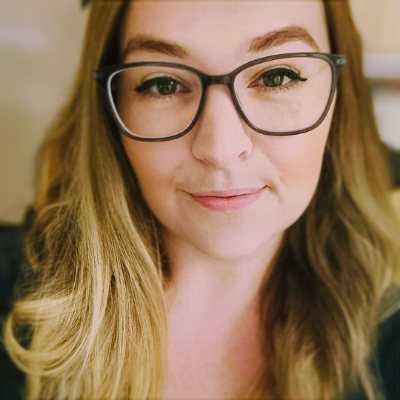 Georgia is an avid reader with a passion for storytelling and bringing characters to life through audio. She specialises in narrating romance audiobooks, enjoying the deep dive into female sexuality and finding strength and nuance in an often dismissed genre. When she's not narrating from her home studio, you can find Georgia in her garden enjoying a paperback, or listening to an audiobook while she tends to her plants.

Dorje has been consistently working as a voice artist and actor for over 30 years.  After starting with acting classes as a child and soon voicing campaigns for his copywriter Uncle, he promptly graduated from John Curtin School of Performing Arts, obtained a film degree, a law degree, and finally the prestigious acting degree from the National Institute of Dramatic Art.  Music has always been a big part of his life, and he was lead singer and songwriter in one of WA’s best loved punk bands ‘Pailface’ and went on to perform with ‘Manchoir’, an all male a cappella heavy metal group, in front of thousands at The Big Day Out and Splendour In The Grass music festivals.  As an award winning Actor, he has recently starred in the feature films ‘Spin Out’ and ‘The Tail Job’, treaded the boards In the Lyric Theatre’s ‘North By Northwest’, Sydney Theatre Company’s ‘The Real Thing’, Riverside Theatre’s ‘Hakawati’, Sport for Jove’s ‘The Three Sisters’, and Bell Shakespeare’s ‘As You Like It’ and 'Macbeth' and hit the TV screen in ‘Wonderland’, ‘Sea Patrol’, and ‘Home and Away’.  The Voice Over Booth is where Dorje does some of his best work, and he has established himself as one of Australia’s premier artists. He has voiced 11 TV channels, winning numerous Promaxxx awards, has lent his voice to tv shows, products and companies from all across the world, and is one of Australia’s most acclaimed audiobook narrators, with his narration of Chris Hammer's series of books consistently rating as some of the most popular audiobooks in Australia.

Sofia is an Audie nominated narrator also working professionally on stage and screen as an actor and singer. An Australian native, she specializes in accents and dialects throughout the UK, Europe, and US. Her sound is youthful yet authoritative, warm yet gritty; her naturalistic reads showing a musicality that brings stories and characters to life. In addition to her extensive theatre training, she holds a degree in psychological science, deepening her fascination with and knowledge of the human psyche.