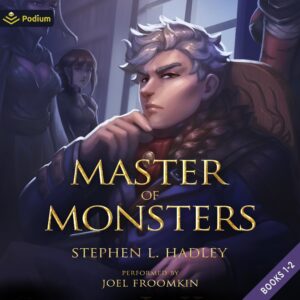 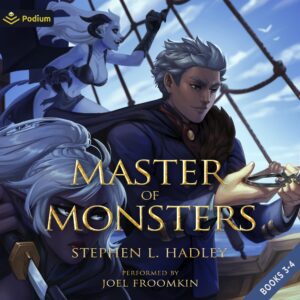 Stephen Hadley is a banker-turned-author from the American Midwest. He lives with his wife, several dying houseplants, and a ever-growing stack of board games.

**Joel Froomkin, **a **ten-time** **Earphones Award-Winning** narrator, is a UK transplant, growing up with American parents in a British commonwealth. He was the recipient of the **2020 Best Male Narrator Award** at the Independent Audio Book Awards, and the **2020 Best Humor Narration **recipient at the Society of Voice Arts Awards. **A classically trained actor** with an MFA in theatre from USC, he is often cast for his unique ability to deliver native, authentic combinations of British and American sounds.  His great range and ability to bring characters to life with honesty, wit and versatility delights producers and listeners alike. He is a dialect specialist, and has coached celebrities and many major theater productions. He was the winner of three 2020 **Independent Audiobook Award**s, including **Best Male Narrator. **He has 400 full-length audiobooks to his credit. A Disney addict, he lives fourteen minutes from the Magic Kingdom! When not in the booth, he is wrangling three loquacious wiener dogs.