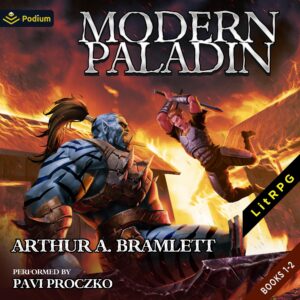 Pavi Proczko has worked as an audiobook narrator for more than 6 years. He's worked with over 45 authors, 25 publishers, to release over 100 titles, primarily in the Fantasy, Cultivation, LitRPG and Sci Fi genres. Pavi's titles have appeared on the Top 10 Fiction Audiobooks on Audible multiple times in 2022. He owns Pavitas Productions LLC, producers of audiobooks, original fiction, and performance and gaming services.