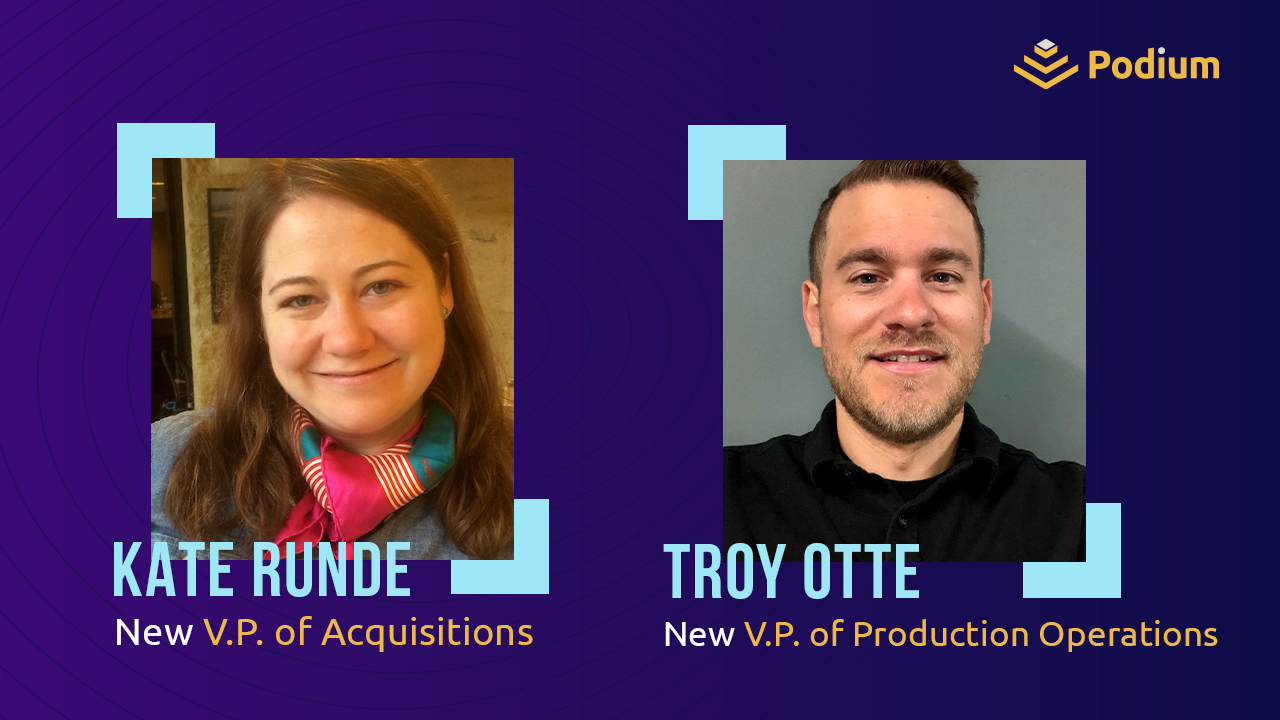 February 14, 2022, Los Angeles – Podium is thrilled to announce that Kate Runde has been promoted to VP of Acquisitions and Troy Otte has been promoted to VP of Production Operations. They have both contributed enormously to Podium Audio’s business in the years since they joined the company so this promotion is much deserved and highly celebrated. Kate will continue to report directly to Publisher Victoria Gerken, and Troy will continue to report to Emily Derr, Head of Production.

“I’m thrilled to be stepping into this new role within the organization,” said Runde. “Podium’s explosive growth has been nothing short of incredible, and the considerable efforts of every member of the team have set us on an exceptional path for the year ahead.”

“Watching Podium Audio grow over the past seven years of my tenure has been a wild ride — truly an amazing company to work for and I’m honored to take on a greater role and help us to continue to produce the highest quality audiobooks in the industry,” said Otte.

Otte has more than ten years of audiobook production experience and eighteen years experience as a recording engineer. His introduction to audiobooks came while freelancing for Brilliance Audio, which later turned into full time employment. He eventually went on to own and operate Featured Audio, serving the post-production needs of narrators and publishers alike. Joining Podium Audio in 2018 he has produced hundreds of audiobooks as well as managed day-to-day operations with Podium’s post-production team.