She’s won numerous awards for her work as a narrator, including AudioFile’s Golden Voice Lifetime Achievement Award. She’s been a life-long actress, screenwriter and recently published her first novel, My Oxford Year, which she also narrated. Introducing the multi-talented, Julia Whelan. 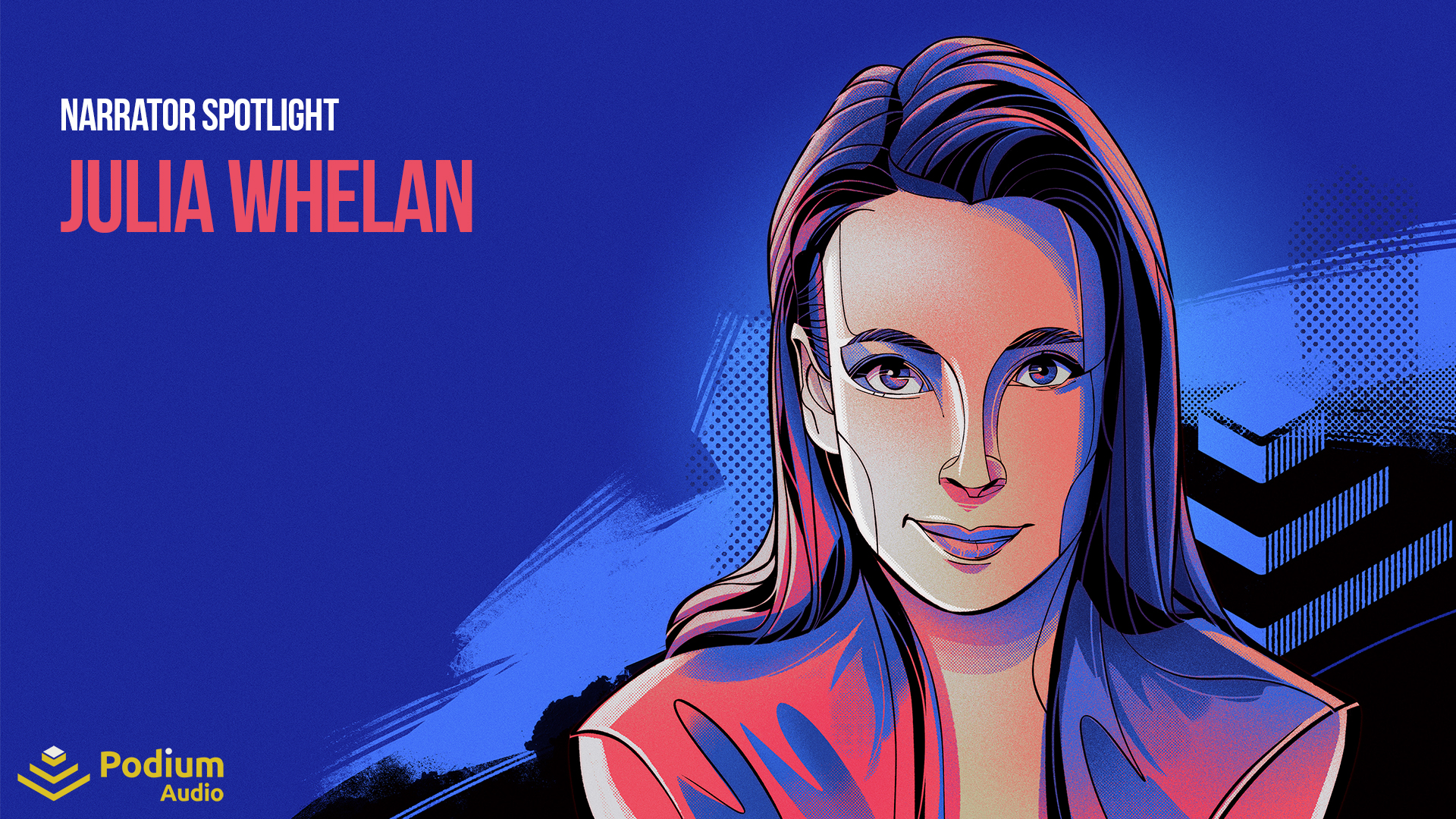 Julia Whelan is an actor, writer, and narrator of over 300 audiobooks. She has won numerous awards, including the 2019 Best Female Narrator Audie for Tara Westover’s Educated and a SOVAS for the performance of her own novel, My Oxford Year, which was published by HarperCollins in 2018. She is also a Grammy-nominated audiobook director as well as a certified tea sommelier.

We thought it would be fun to sit down with Julia and have a not-so-typical question and answer session. See what she had to say below:

Q. What weird food combinations do you really enjoy?
When I was a teenager this one restaurant had incredible blueberry pancakes AND coleslaw and I liked to eat them together. I still don’t know why this combo worked. The crunch? A bit of vinegar with the sweet of the blueberry? Just being a teenager?

Q. What’s the funniest word in the English language?
Whenever a very earnest Brit says “collywobbles” with a straight face, I completely lose it.

Q. If someone narrated your life, who would you want to be the narrator?
Emma Thompson. There’s no good narrative reason, that’s just who I want.

Q. What are the unwritten rules of your profession?
Don’t wear noisy clothing. Hydrate. And for the love of all that is holy, read the %$#&*@! book before you record.

Q. What part of a kid’s movie completely scarred you?
That kid who gets trapped in the painting in The Witches. I love that movie but actually pretty much the entire thing is scarring. I’d fast-forward through more of it than I’d watch.

Q. Do you think that aliens exist?
I kinda think they have to. I mean, look at what exists in the ocean. If any of those things came from the sky instead I’d be like, sure, totally, makes sense.

Q. What movie would be greatly improved if it was made into a musical?
Though it’s impossible to argue that such a perfect movie could be improved, I would very much like to see a musical of The Cutting Edge. “Toe Pick!” would be the Act 1 closer.

Q. If magic was real, what spell would you try to learn first?
The ability to replicate, to be multiple places at once. There are just too many things to do in this one timeline we’ve got going on here.

Q. What is something that is really popular now, but in 5 years everyone will look back on and be embarrassed by?
Besides white supremacy? Probably those filters that turn you into sexy woodland creatures or whatever it is they’re meant to do.

Q. If You Had A Theme Song, What Would It Be?
Right now, at this exact moment in 2020, my theme songs are John Prine’s Spanish Pipedream and 2Pac’s Keep Ya Head Up.

Recently, Julia joined R.C. Bray and Lou Diamond Phillips to discuss their work on Lou’s recent novel ‘The Tinderbox: Solider of Indira’ which is now available on Audible. Watch the fascinating conversation below: