Luke is well known for his imaginative storytelling and dynamic characterizations, which create an immersive listening experience for his audience. He displays these talents in beloved series like Ascend Online or Renegade Stars, read more about Luke in this month’s spotlight. 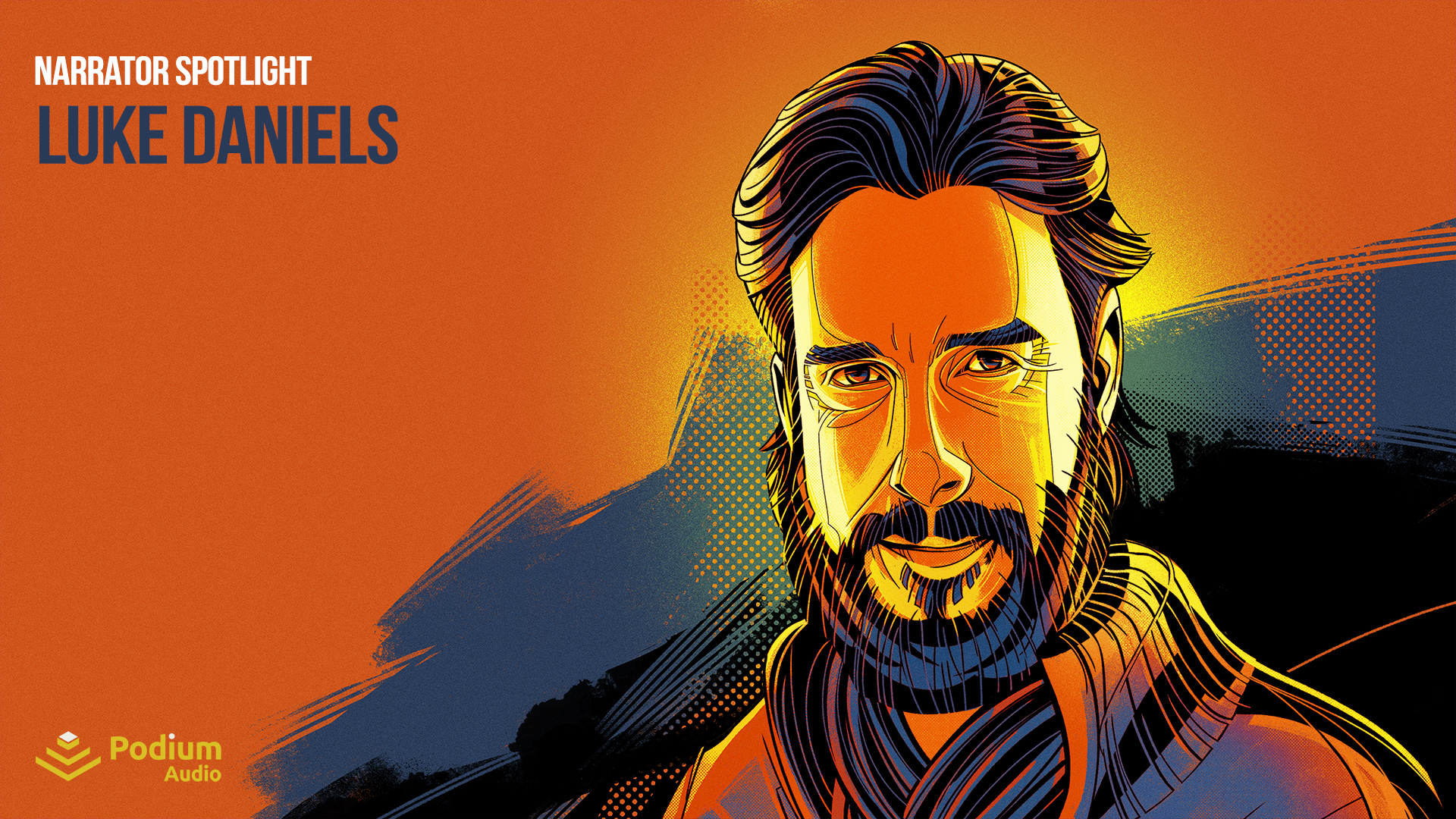 Luke Daniels has narrated over 250 audiobooks and received not only thirteen AudioFile Earphones Awards but also three Audie nominations. His list of Podium Audio titles is long and varied with massive fan hits like Ascend Online and the Renegade Star series, browse them all here and then head over to his personal website to learn more about Luke.

Can you guess what his life’s theme song would be? Find out below.

Q. Is cereal soup? Why or why not?
Cereal is cereal. Soup is soup. Why are you so obsessed with labels?

Q. What secret conspiracy would you like to start?
Farts are encoded messages from our bodies to our secret alien overlords.

Q. What’s the best Wi-Fi name you’ve seen?
We’re your neighbors and you need to stop having sex so loudly

Q. In 40 years, what will people be nostalgic for?
Oxygen

Q. What are the unwritten rules of your profession?
Don’t be a dick
We are so lucky to do this job
Just tell the damn story

Q. What part of a kid’s movie completely scarred you?
Atreu having to watch his beloved horse drown in a fucking swamp in the never ending story. Brutal

Q. In one sentence, how would you sum up the internet?
The internet is whatever you want it to be

Q. What mythical creature would improve the world most if it existed?
Santa clause

Q. What movie would be greatly improved if it was made into a musical?
It. #LetPennywiseSing

Q. If life were a video game, what would one of the cheat codes be?
GATC

Q. What is something that is really popular now, but in 5 years everyone will look back on and be embarrassed by?
Yoga

Q. If You Had A Theme Song, What Would It Be?
The motherfucking A-Team theme.