The Man. The Myth. The Legend. If you’re a fan of fantasy, then you should know Tim Gerard Reynolds. Can you guess the strangest purchase he’s ever made? Read all about in this month’s narrator spotlight. 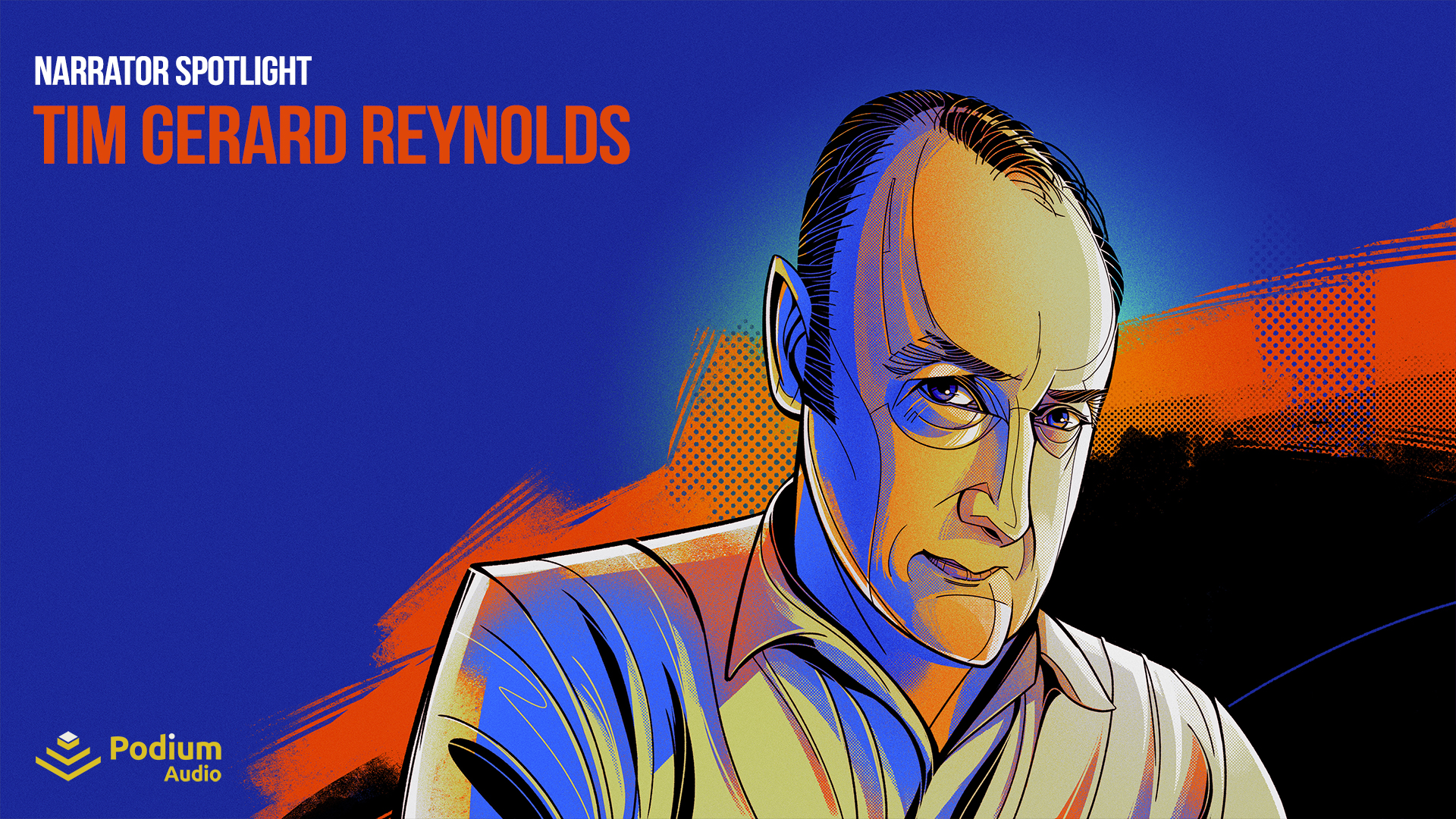 Tim Gerard Reynolds is a graduate of Trinity College Dublin. His acting work has taken him to England, France, regionally in the US and both On and Off Broadway. In his early 30’s Tim pivoted to study fine art at The School of Visual Arts in NYC but stumbled serendipitously into the world of audiobooks somewhere along the way. Since 2008 he has received numerous awards and much critical praise for his narration. Craving a fantasy adventure? Dive into the many Podium titles that Tim has performed here.

Now, to the critical questions that we’ve all been dying to know!

Q. What’s invisible but you wish people could see?
The death throes of liberal democracy as a form of government. Sugar comes in a close second.

Q. What’s the most imaginative insult you can come up with?
I don’t have to imagine these days. But I don’t feel the need to insult anyone I know.

Q. What mythical creature would improve the world the most if it existed?
The Soulless-Eater. In the dead of night those who peddle in graft, heinous lies, disinformation, misdirection, denial, blaming, false-grievance, xenophobia, deflecting whataboutism, and outright distortion of facts fall prey to this avenging demon. And slowly, as it stalks the earth, people begin to agree that some truths are self-evident, and that all people are endowed with unalienable rights to life and liberty. And that there never should have been a Season 3 of Westworld.

Q. What part of a kid’s movie completely scarred you for life?
The Wicked Witch of the West melting at the end of The Wizard of Oz was a perennial nightmare-inducer—but I just realized I misread the question. Hehehe, I read for a living… I thought the question read “scared you for life” not “scarred for life.” Well, as far as scarring goes: when the Ewoks appeared toward the end of The Return of the Jedi and in the penultimate scene danced around Alec Guinness whose smile could only have been that of one who had just received a significant financial windfall, I had a nascent adult experience of disappointment induced by cold, unadulterated mediocrity and the bitter taste that lingers when something you love and cherish and has had deep and important meaning for you has just been turned into a tee-shirt. And then, there was Superman IV…

Q. If animals could talk, which would be the rudest?
The Squirrel.

Q. If peanut butter wasn’t called peanut butter, what would it be called?
Legume Goo, or Nut Splat, or Monkey Jam, or Legumite, or Cream of Peanut, or Squeeznut, or Narrator’s Breakfast, I could go on…

Q. What’s the strangest purchase you’ve made or almost made on Amazon?
The Grillbot. Yes, you too can have a robot grill-roomba clean that crusty BBQ off the grill while you get wasted in the gratifying knowledge that you won’t have to take a wire brush to the crud-covered iron when hungover the next day. The Grillbot does it all!
I don’t own a grill.

Q. If you could invent a holiday, what would it be?
National Leave the National Parks Alone For a Day Day.

Q. What celebrities would you want to play your parents in a biopic about your life?
Jason Alexander and Tina Fey, or Timothy Spall and Fiona Shaw (depending on what side of the Atlantic you’re on), or for a bit of a time-warp, Dudley Moore and Prunella Scales.