Travis Baldree is a double threat. You already know the IAA and Audiofile Earphones Award-Winning performer clearly knows his stuff: He has a professional home studio where he produces and performs and has narrated countless bestselling audiobooks. What you might not have… He’s also founded two game studios and developed titles like Fate, Torchlight, and Rebel Galaxy. So who in the world is this renaissance man? 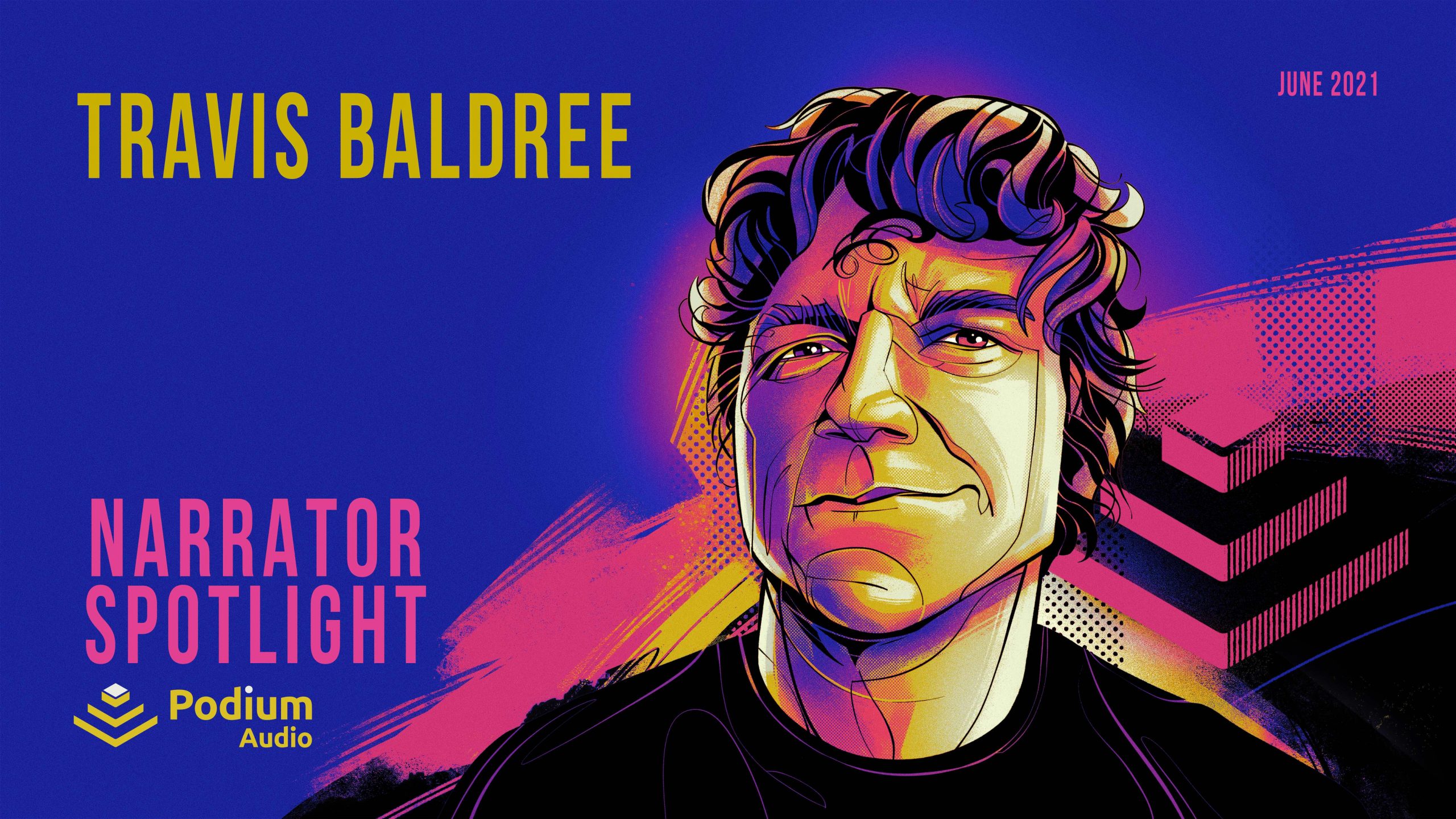 As a narrator, Baldree specializes in speculative fiction, mystery, and comedy. His work with author Mollie E. Reeder on The Electric Menagerie netted him an Independent Audiobook Award after he received an Audiofile Earphones Award for his performance on Jack McGuigan’s Dog Walker. He has also narrated TurtleMe’s The Beginning After the End series with Podium to audience acclaim.

All this to say the game developer is also a fantastic narrator. Reviews consistently mention his amazing narration and how he has no issue bringing every character from any story to life.

But Baldree’s also just a regular guy with his own (embarrassing) stories, which you’ll hear more about in this spotlight. Find out what memory he’s kept buried and hidden from his family that he still feels guilty about… and what kind of audiobook he’s looking to narrate next.

After checking out the spotlight, in the meantime, you can check out his upcoming work on Ascension, Book 8 from The Beginning After the End here.

If you loved Travis, find out more about him on his Podium profile or on his website. (Oh, did we mention he runs a super cool Discord channel where he streams his audiobook recordings live?! Join his channel and witness his awesomeness here)