Podium today announced an expansion beyond the audio realm into ebook publishing with the hiring of veteran digital publishing executive Nicole Passage as Editorial Director. 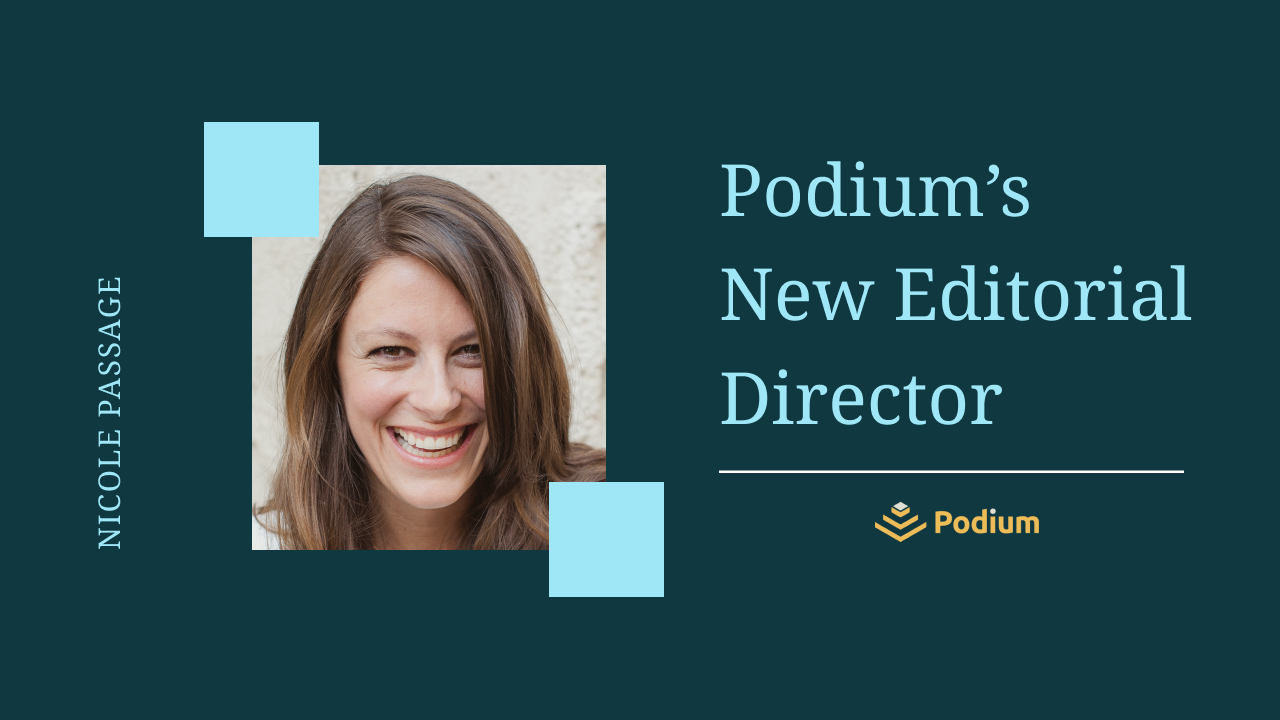 LOS ANGELES, CA — October 21, 2021 – Podium today announced an expansion beyond the audio realm into ebook publishing with the hiring of veteran digital publishing executive Nicole Passage as Editorial Director. Podium plans to expand its ebook initiative to more than fifty of their current authors from the company’s current stable of over 750 audiobook authors. As the eighth largest audio publisher in North America, the company’s expansion into the ebook market is a natural extension enabling a more comprehensive publishing solution for their top authors.

Earlier this month Podium released its first ebook publication, SHADOWPLAY (Spellmonger: Legacy and Secrets Book 1) by bestselling fantasy authors Terry Mancour and Emily Burch Harris, which simultaneously debuted in the Top 50 Audiobooks on Audible and as the #1 Epic Fantasy Kindle bestseller. With this title and a significant lineup of forthcoming original titles, Podium continues its trajectory as one of the fastest-growing digital content publishers. In addition to SHADOWPLAY, Podium plans to simultaneously release ebook and audiobook titles from leading and emerging authors such as Andrew Rowe & Kayleigh Nicol, Lily Lashley (known as Etzoli), Palt, Sir Nil, Argentorum, Egathentale, Eric Sparling, as well as Ryan Copple, the writer and creator of the popular podcast/graphic novel franchise Voyage To The Stars.

“Given our dedication to both emerging independent storytellers as well as established best-selling authors, expanding into the ebook industry was both a natural and necessary move for Podium,” said Scott Dickey, Podium CEO. “Adding this capability only strengthens our ability to serve the amazing authors we already have the great pleasure of representing,” added Dickey.

Leading the direction of the ebook division will be Nicole Passage, who will report to Victoria Gerken, Publisher.  “Nicole’s entrepreneurial experience and her editorial expertise are a perfect fit for Podium’s initiative,” says Gerken, “we couldn’t be more excited to welcome her to our team.”

Previously serving as the Executive Managing Editor at Open Road Integrated Media, Nicole joins Podium with eleven-plus years experience: during her tenure at Open Road, Nicole was responsible for the production and distribution of more than 10,000 classic and contemporary works across a diversity of genres, shepherding them to new life in “E” and print-on-demand. Nicole joined Open Road during its infancy in early 2010 since which she forged production workflows, cultivated a team of experienced freelancers, and scaled in-house resources to support a rapidly growing catalog of titles by bestselling and award-winning authors such as William Styron, Alice Walker, Michael Chabon, Octavia Butler, Michael Crichton, and Joan Didion. After building Open Road’s production department from its inception, Nicole additionally oversaw the company’s expert metadata team, responsible for optimizing books for discovery online. Nicole earned her BA in English and Linguistics from the University of Oregon, and holds an MS in Publishing from NYU.

“I’m thrilled to join the innovative team at Podium as it moves into this next phase of growth,” states Passage of her new position.