Kai Kennicott is an accomplished producer, musician, voice actress, and award-winning audiobook narrator. She strongly believes that each character has a unique voice, and each author deserves to have their characters represented with integrity and charm. She has independently produced over 300 audiobooks from 2014-Present, has a 4.86 narrator ranking on Goodreads, been a bestseller on Audible over 100 times, and has more than 300,000 sales worldwide. Her specialty is accents, with her best being Scottish, Irish, English, Southern and Russian. 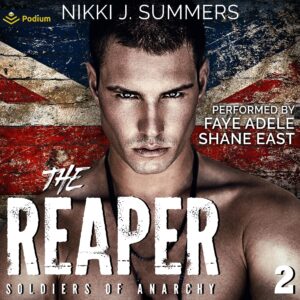 The Soldiers of Anarchy, Book 2