With well over a hundred titles under his belt spanning genres from STEM and Biography to Eco-Thriller Heists and Alien Romance, Patrick’s insatiable curiosity, fascination with the human condition and facility with dialects have provided a fantastic fit for him in the audiobook industry. Patrick holds a BFA in Theatre from Emerson College and an MFA in Dramatic Arts from the University of San Diego. In addition to Audiobook Narration he has worked professionally in Theatre, Film and Television for over 20 years and was both thrilled and honored to pick up his first SOVAS award in 2021 for the full cast recording of T.J. London’s _The Traitor_. You may also recognize him from his recurring character, hot-head Joey Novak, on _General Hospital_. Shooting and recording schedule permitting, he indulges a handful of dubiously accurate titles, including amateur Brew Guru, Marathon Runner and Irish Folk Musician. 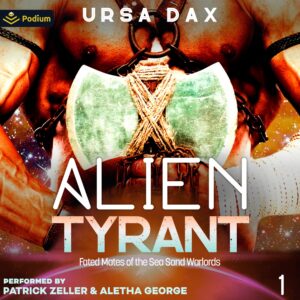