_Philip Alces records primarily erotic & contemporary romance, for such authors as Natasha Knight, Amy Lane, Davison King, and others. Combined with his other narrator identities, he has recorded nearly 300 audiobooks in many genres, including WWII European History, American History, Contemporary & Historical Romance, Fantasy, Science Fiction, Classics, and YA. He’s a 3-time SOVAS Awards nominee, and received an Earphones Award for his narration of the Space Race historical fiction, ALL UP. With a BFA from Boston University's School for the Arts, he spent many years as an AEA and SAG-AFTRA actor, working on stage and film across the USA and Europe before becoming a full-time audiobook narrator. His facility in German and French has garnered him much work in narrating European WWII histories, and his early years in the UK (where he began reading at the age of 3), and facility with accents have led to his narration of many British titles. He enjoys backpacking in the outdoors and has hiked 900 miles of the Appalachian Trail._ 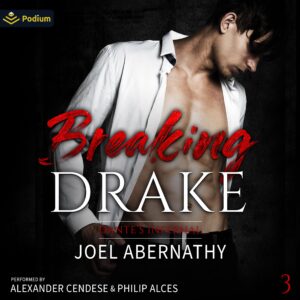