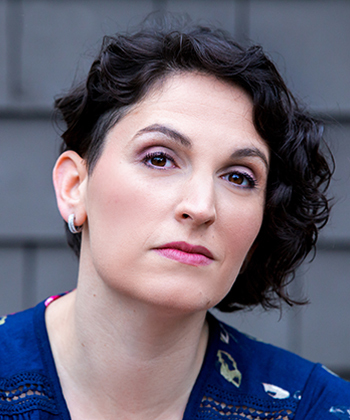 Rachel F. Hirsch is a voice over artist, theater actor, and musician. She is known for her youthful sound, ability to bring truth and playfulness to every character she portrays, and facility with accents, dialects, and character voices. Her audio book credits include numerous New York Times Best Sellers for top publishing houses such as Harper Audio, Audible Studios, Macmillan, and Podium Audio. As a theater performer, most of her career has been focused on the development of new works. She is a co-founder and producer of the Play Reading Co-op reading series where shehelps facilitate and build relationships between playwrights, actors, and other theater artists local to Western Massachusetts. As a musician she performs as Golden Bird- a creative play and storytelling experience for 0-5 year olds and their caregivers. Rachel is a proud member of SAG-AFTRA and AEA. She currently lives in Western Massachusetts with her husband, two young kiddos, a dog, a turtle, and 5 chickens.