A Testament of Steel (Instrument of Omens), narrated by Nick Podehl, is set to release on Audible on November 10, 2020. 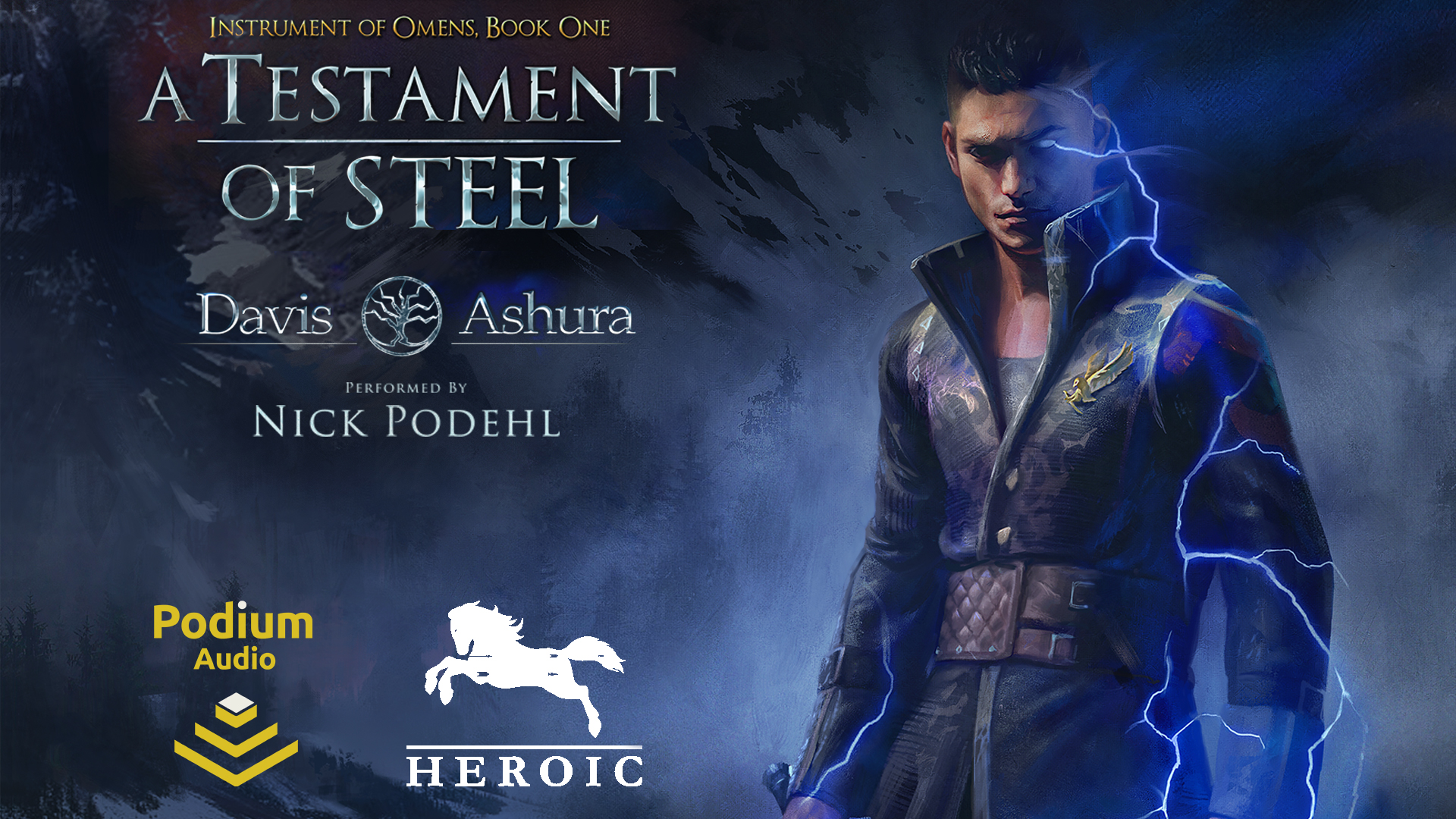 Today, Podium Audio announced a partnership with Heroic Books, an innovative publisher across the fantasy and science fiction genre, to create and release audiobooks from the publisher’s roster of authors. The first title announced in the partnership is the new fantasy novel from award-winning writer Davis Ashura, A Testament of Steel (Instrument of Omens), which is set to release on November 10, 2020.

A Testament of Steel follows Cinder Shade, whose life begins on a fateful afternoon at the bottom of a well where he awakens, bruised, battered, and bereft of all memory. His only understanding is a driving imperative—to protect those who can’t defend themselves and become a warrior worthy of the name. He discovers within himself a peculiar gift, one in which the codes of combat are made evident and the language of steel is made clear. When he earns a place at a prestigious elven warrior academy, Cinder fights to enhance his knowledge and perhaps even humble the proud elves who believe no human is their equal.

“Our new partnership with Heroic Books aligns perfectly with our mission to be an industry leader in the Science Fiction and Fantasy audiobook genres,” said Scott Dickey, CEO, Podium Audio. “The immersive audiobook narrated by Nick Podehl for A Testament of Steel is part of our significant investment in Davis Ashura as a brand. Heroic Books champions authors in the Science Fiction and Fantasy space just as we do here at Podium Audio, which makes this a really exciting collaboration as we continue to expand our roster of incredible stories in audio formats.”

“We are incredibly proud to be collaborating with Podium Audio on the launch of our most recently published author Davis Ashura’s A Testament of Steel audiobook, and the six sequels to the Instrument of Omens epic fantasy series,” said Chris Arnold, Co-Founder, Heroic Books. “Our partnership with Podium Audio is an exciting moment on our journey with Davis and marks the start of further collaboration with other Heroic authors in the future.”

Ashura, who has sold over a quarter of a million books worldwide, is best known for his epic fantasy fiction novels, including the groundbreaking trilogy Castes and the Outcastes, the first part of the Anchored Worlds universe. His success continued with the popular follow-up series, The Chronicles of William Wilde. A Testament of Steel has already topped several of Amazon’s bestseller lists and is a Gold Medal winner in the Readers Favorite awards.

Heroic Books is committed to finding the most impressive authors and publishing their work to the highest possible quality. Combining traditional publishing and authors’ services with exciting, leading-edge innovations and high-end quality, Heroic aims to make sure every novel reaches its full potential.