Are you headed to Dragon Con? Be sure to stop by the Podium booth for a chance to win some amazing prizes or meet some of your favorite authors! Keep reading for more details. 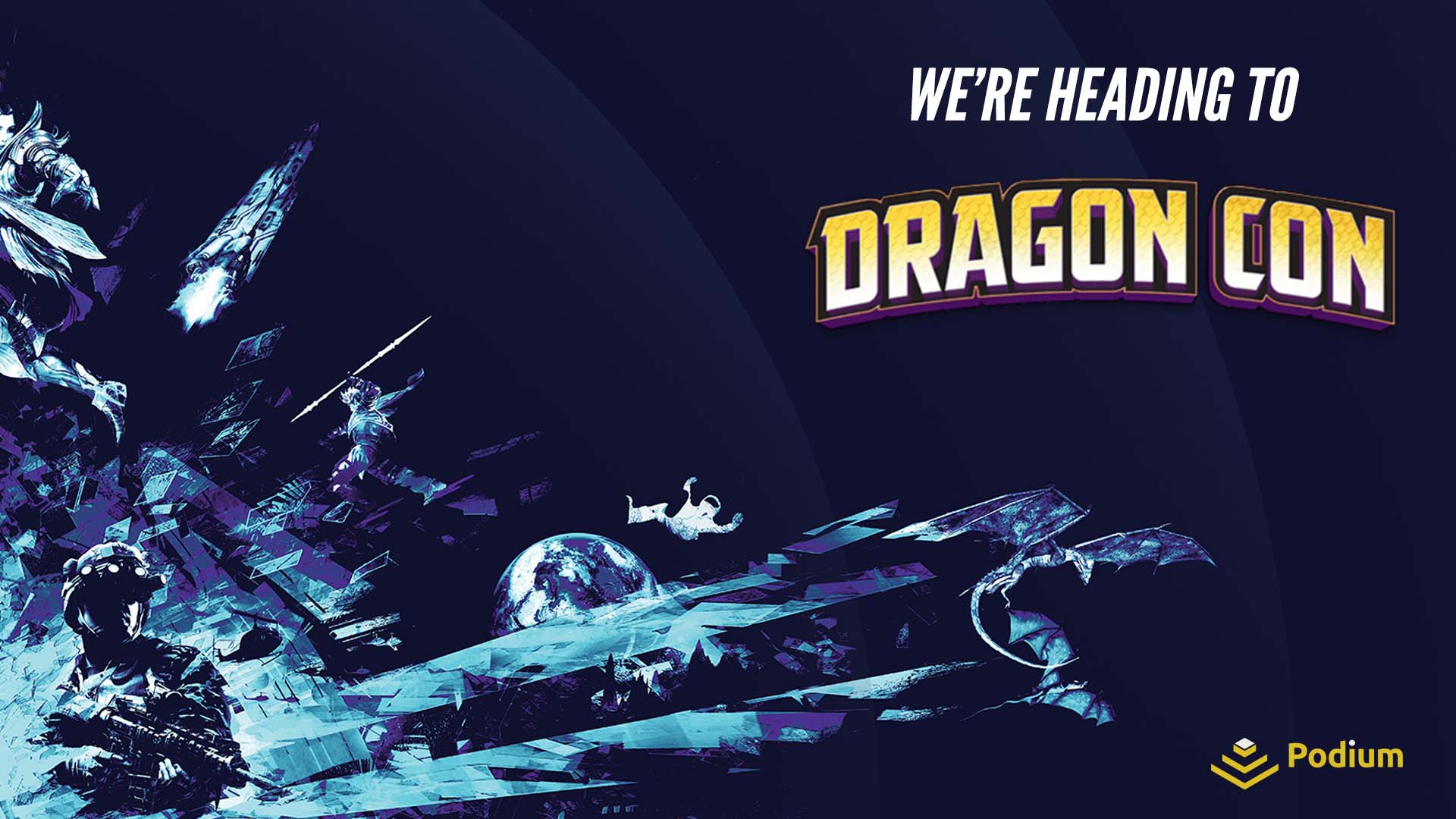 The Podium team will be heading to Dragon Con this year! We will have an awesome booth (#2125) in AmericasMart where you can spin our giveaway wheel for a chance to win swag from some of our flagship series, including ExForce, Mountain Man, Spellmonger, and more! We’ll also be giving away Bose headphones to a grand prize winner each day of the event!

Stop by the booth to find out more and get a picture with the team.

If you won’t be able to attend the event, check out DragonCon.tv for live streams happening.

We’ll also be hosting signings for some of our favorite authors who are attending this year’s event. Get a glimpse at the schedule below and be sure to check back for an up-to-date schedule. This will all be taking place at the Podium booth (AmericasMart, #2125).

Most importantly, make sure to get a picture with Skippy the Magnificent!