The Chronicles of Between 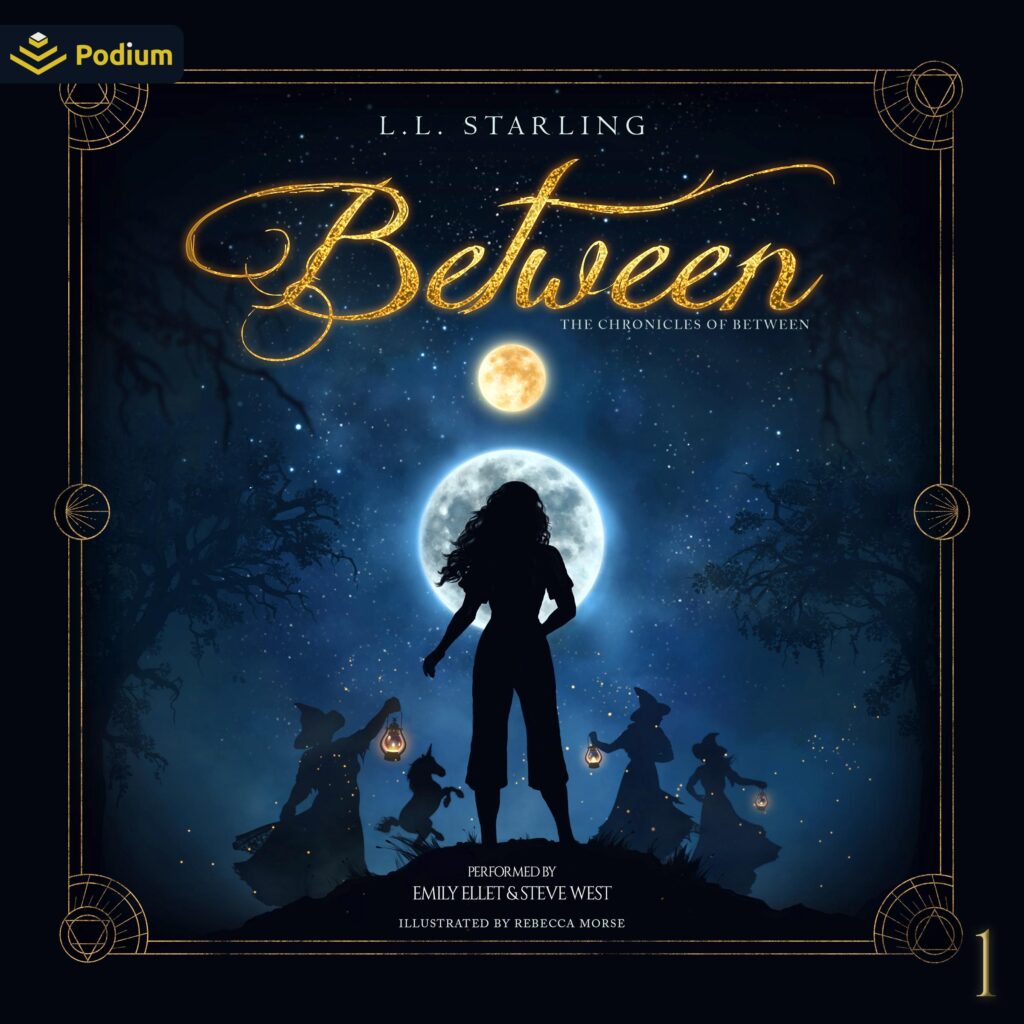 A bewitchingly cozy, fiendishly funny cautionary tale about the perils of gatecrashing fairytale kingdoms—particularly ones with drunken unicorns, bored dragons, and sorcerers in tight leather pants.
Sasha Pierce hasn’t had a single dream since she was a child…until she accepts a substitute teaching position in the charmingly witchy village of Old Middleton. Her first dream in twenty-five years ought to be enchanting, but her wonder quickly turns to shock when she realizes that it’s not a dream at all, but an entirely different sort of magic.
Catapulted through an ancient portal into the fairytale kingdom of Between, Sasha’s astonishment is swiftly upgraded to panic when she accidentally performs a supposedly impossible feat and is declared the True Queen of Between…and betrothed to its infuriatingly handsome sorcerer king.
Lorn, Shadow King of Between, is desperate to break free from Between’s clutches. Magically tethered to the ramshackle kingdom, he wages a daily battle to save his disreputable subjects from rampaging magical creatures, sinkholes, and catastrophes of the distressingly lethal variety. To avoid an early grave, he needs an escape plan, not a wife…until he learns that this magicless mortal holds the key to his freedom.
Unwilling to leave her world to accept the crown—or the husband—Sasha must race against the clock to disentangle herself from this fairytale. But her empty throne leaves a dangerous rift between their worlds. As dark forces descend upon Old Middleton, the two must make a choice: work together or unleash fairytale chaos upon their realms.
_Between _is the spellbinding first novel in The Chronicles of Between fantasy series. Filled with feisty, fairytale-savvy heroines, swoon-worthy sorcerers, slow burn romance, morose minotaurs, and bawdy witches, it’s a laugh-out-loud fairy tale romp.

L. L. Starling is an Australian writer who lives in Madison, Wisconsin—right in the midst of the deliciousness that is ‘America’s Dairyland.’ She loves small dogs, bucket-sized iced lattes, and the music of the 80s (especially the power ballads, which she sings into her hairdryer on the ‘cool’ setting so that her hair blows around in a suitably epic fashion). BETWEEN, a fantasy rom-com, is her debut novel.