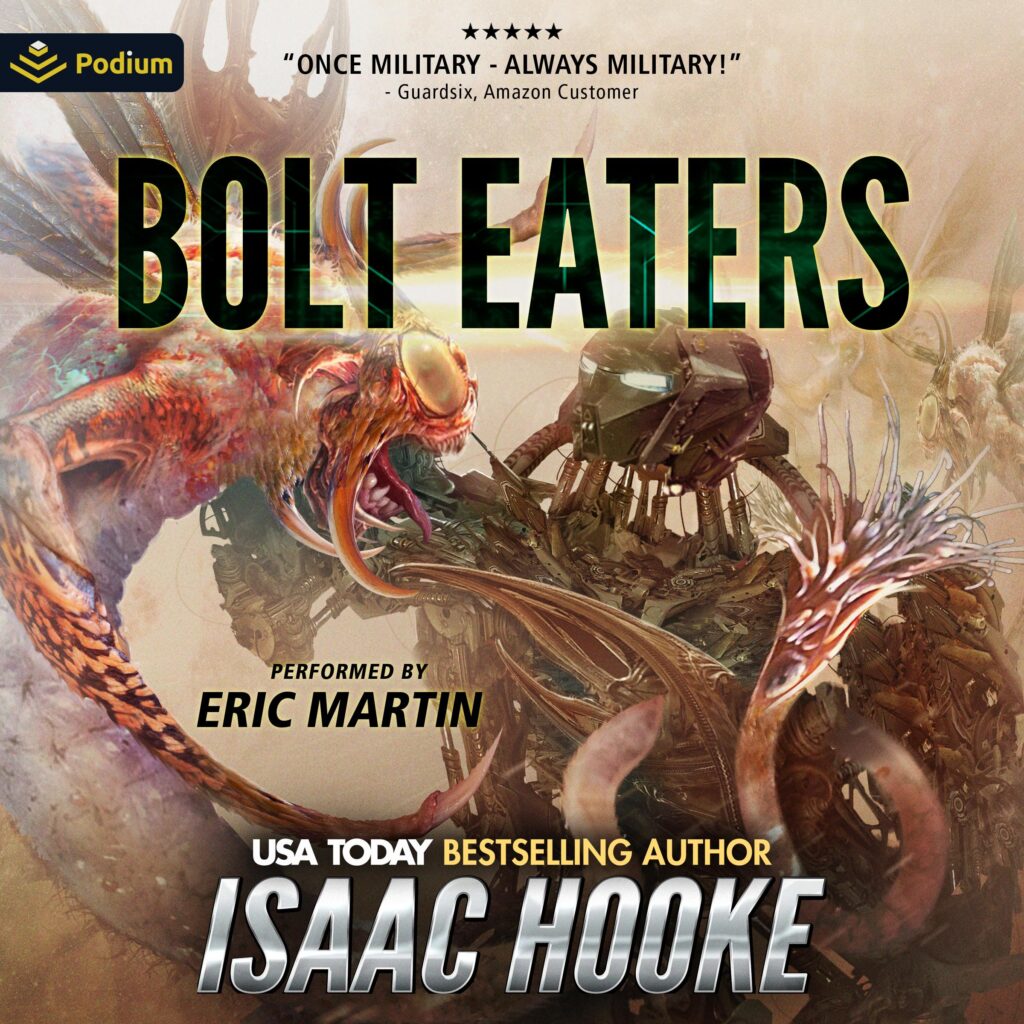 Eric was happily retired.
His consciousness resided inside the body of an advanced android. He had two beautiful female companions, a platoon of war hero friends, and the entire floor of an apartment building to call his own. He had paid his dues, having saved the world during his previous stint in the army, and now he could live out the rest of his life in peace and quiet. As an android, he expected that life to last a very long time.
And then the army came knocking at his door again.
The mission was supposed to be easy. Travel to an alien world on the far side of the galaxy, do some recon, go home. But the operation proved tougher than expected. A whole lot tougher.
Betrayed by one of their own brothers, trapped on an alien world, and reprogrammed to lead an invasion against Earth – one man’s final fight to save the machines that have become more human to him than flesh and blood.