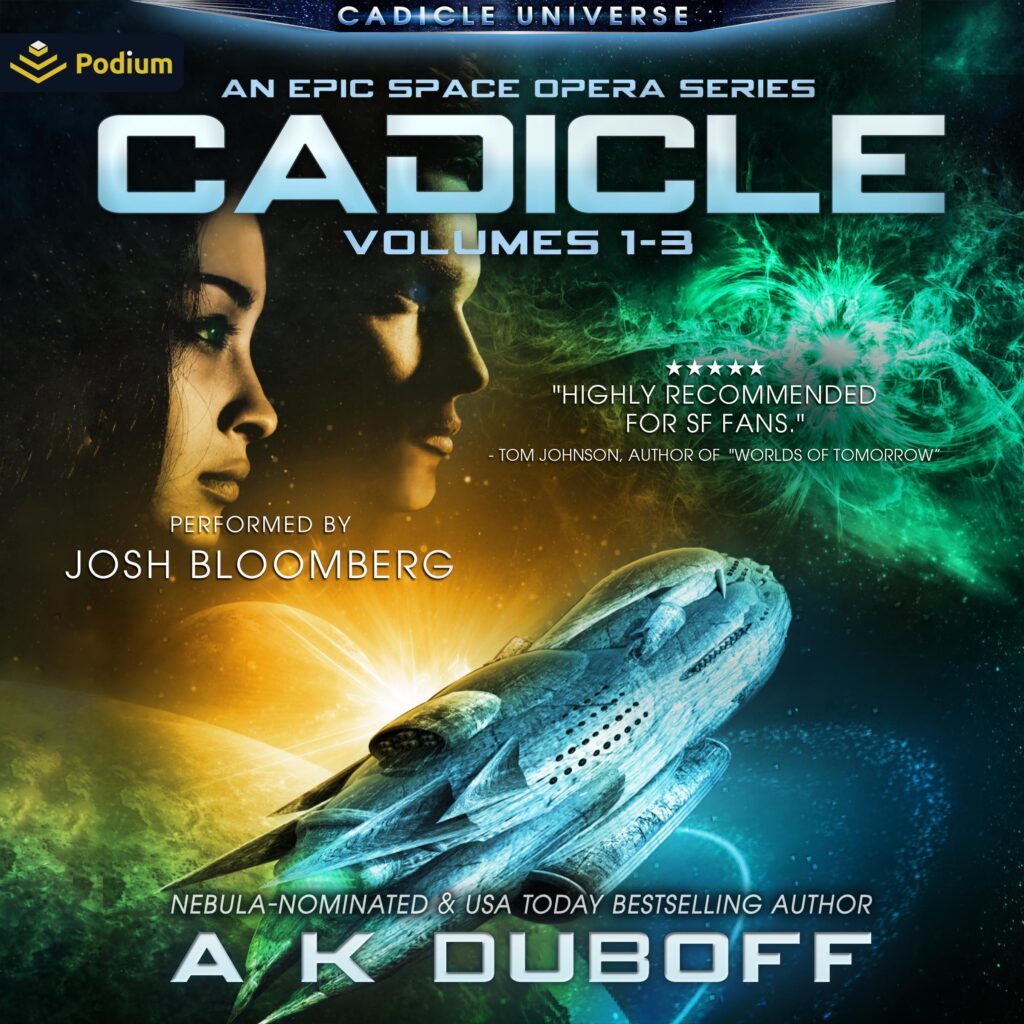 A character-driven space opera with adventure, intrigue, and romance for fans of Dune, Ender’s Game, and Star Wars!
When Cris Sietinen leaves Tararia as a teenager to learn more about his prohibited telekinetic abilities, he thinks he’s started a new life. Years later, he learns that freedom was always an illusion–he and his family are at the center of an elaborate galactic conspiracy orchestrated by the governing Priesthood.
Genetic engineering, political manipulation, and preordained destinies converge when Cris and his son Wil learn of a secret interdimensional war against the mysterious Bakzen. But the real enemy may be far closer to home. With knowledge of the Priesthood’s hidden agenda and its disastrous political ramifications for the Taran empire, Cris and Wil embark on a mission to save their civilization from certain destruction.
This collection includes the first three volumes of the Cadicle series.
ARCHITECTS OF DESTINY
Cris Sietinen was born with rare telekinetic gifts–abilities outlawed by the governing Priesthood. A new future awaits when Cris receives an invitation to join the TSS and begin their sanctioned telekinesis training program. Except, following that path puts him at the center of a generations-old galactic conspiracy.
VEIL OF REALITY
The greatest deceptions are never suspected. After twenty years with the TSS, Cris Sietinen is in the unprecedented position of being both Lead Agent and heir to a High Dynasty. When his son is captured by the mysterious alien Bakzen, Cris uncovers a hidden truth that forces him to question all that he once took for granted.
BONDS OF RESOLVE
A year after his encounter with the Bakzen, Wil is still grappling with his upcoming role in the war. However, Wil finds unexpected support when he befriends a new TSS trainee from Earth, Saera. Through their budding relationship, Wil comes to terms with the purpose he was born to fulfill and gains comfort in the knowledge that he won’t have to face the future alone.

A.K. (Amy) DuBoff is a Nebula Award finalist and USA Today bestselling indie author specializing in space-based science fiction and fantasy. Dubbed the modern “Queen of Space Opera” by her readers, she is most known for her acclaimed Cadicle Universe. The second book in her standalone Dark Stars Trilogy, A Light in the Dark, was a 2018 Nebula finalist for the Andre Norton Award. Amy’s short fiction has been published by NewCon Press, Seventh Seal Press, and in numerous indie publications. When she's not writing, she enjoys travel, wine tasting, binge-watching TV series, and playing epic strategy board games.