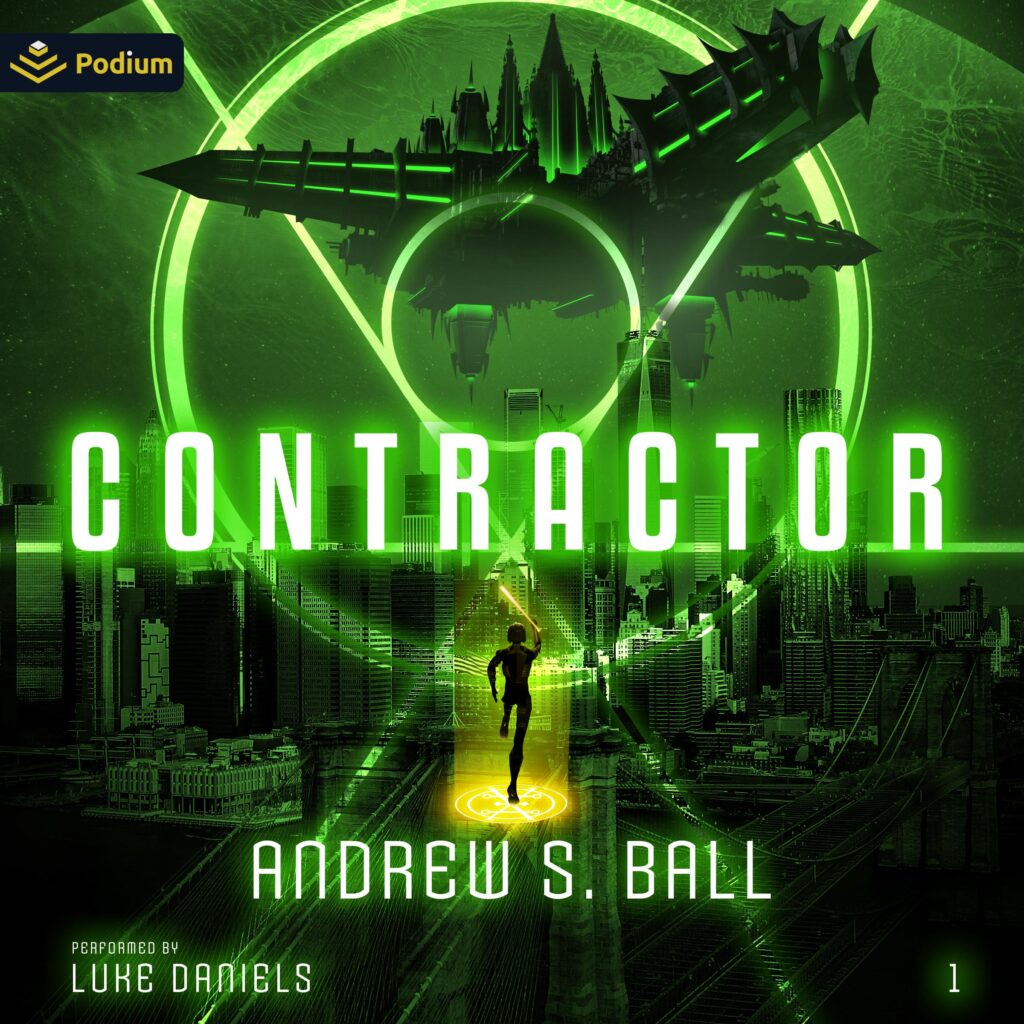 The Earth is under siege – and no one knows about it because the invaders erase those whom they consume.
A handful of men and women stand on the border between the mundane and the magical. They have a special spark of soul – not quite enough to be naturally gifted in spellcraft but greater than the average person, a tiny flame that can ignite incredible potential. They possess the ability to fight back against the Vorid: the ability to become a Contractor.
Daniel Fitzgerald is one of those people, but when duty comes calling he promptly slams the door in its face. He has no illusions of grandeur. He is not someone special. He wants to go to school and study law. And frankly, he doesn’t really like people, and he doesn’t want anything to do with magic. He just wants to be left alone. But when the entire planet is a battlefield, there is no place to run.

Andrew Stephen Ball is an indie author and pharmacist. He is a graduate of Rensselaer Polytechnic Institute and the Massachusetts College of Pharmacy and Health Sciences. He lives and works with his fiancé, a nurse, in New Hampshire. He’s been a lifelong fantasy and science fiction enthusiast. His favorite food is pizza, and he does not trust people who don’t like chocolate.