Daughter of the Pride | Podium Audio

Daughter of the Pride 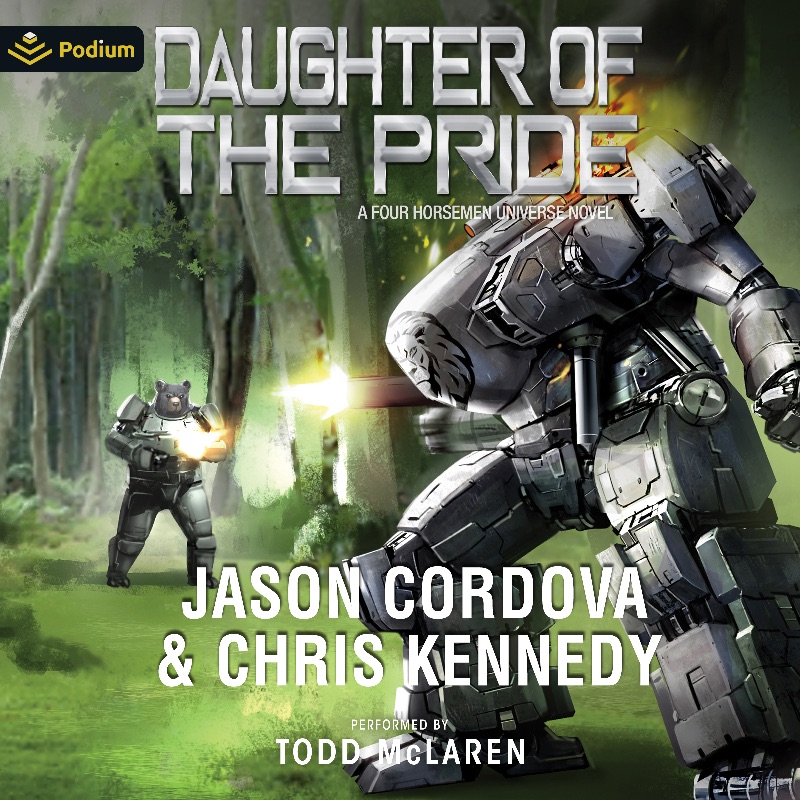 The lioness prowls where only darkness reigns.

Months after the fall of Liberia, Lieutenant Sunshine of the Kakata Korps Mercenary Company finds herself adrift in the galaxy. Her last remaining mission, which she has sworn to complete, is to find a member of the Peacemaker Guild and pass along a message from the dead. There’s just one problem – nobody can find the message hidden inside the old, broken-down CASPer in which she escaped the final battle.

As more time passes, the dead she chooses to honor are tossed into the dustbin of forgotten history. Footnotes and nothing more, the so-called “Lions of Liberia” will only be remembered for their apparent betrayal of Earth, not for their brave sacrifice in an effort to save their people and their homeland.

Sunshine will not let their deaths be in vain, and she swears to complete her mission. It is her only goal in life…until a cry for help in the dark is heard that changes everything.

And the galaxy will soon learn why a pride of lions is more dangerous than the solitary one.