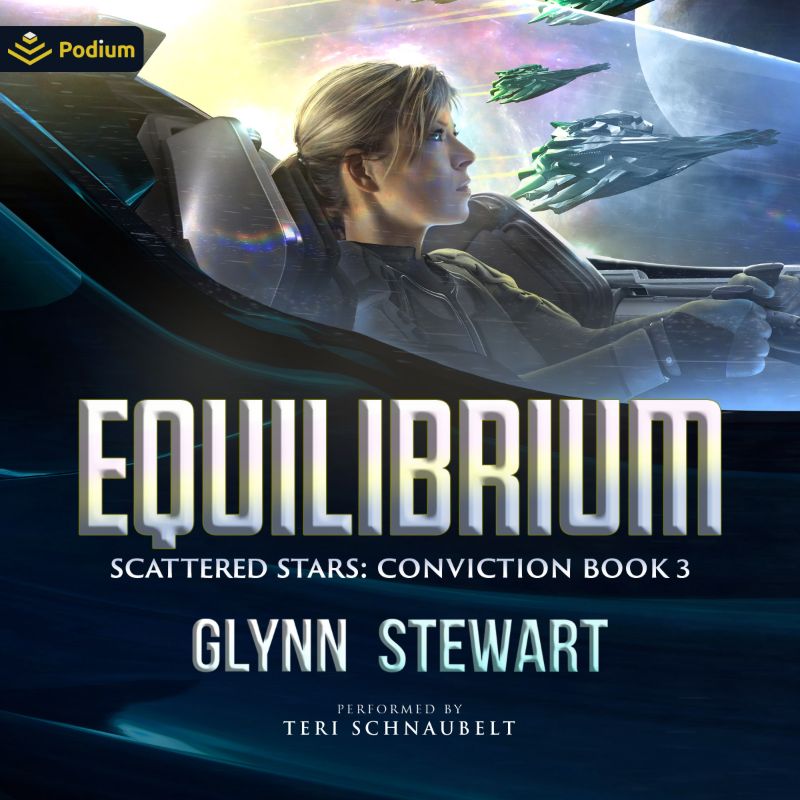 Peace forged on the edge of civilization. Lies forged in the heart of mankind. A legend rises to the final challenge.

Exile to the Syntactic Cluster has been good for Kira Demirci and her friends. Once elite pilots of the Apollo System Defense Force, they now own the most powerful mercenary warship in the entire star cluster. Working with the carrier-for-hire Conviction and her captain, John Estanza, they have helped the king of Redward usher in a new era of hope for the entire Cluster.

That hope is nearly shattered when Estanza’s old enemies in the Equilibrium Institute strike directly at Redward’s king. Revenge and money bring the mercenaries into an allied fleet – one intended to neutralize the last threats to the peace.

But the Institute’s plans for the Syntactic Cluster are intricate and deep. Even as the mercenaries and their employers move against the enemies they see, shadows gather in the Cluster, bearing whispers of a forgotten name: Cobra Squadron.