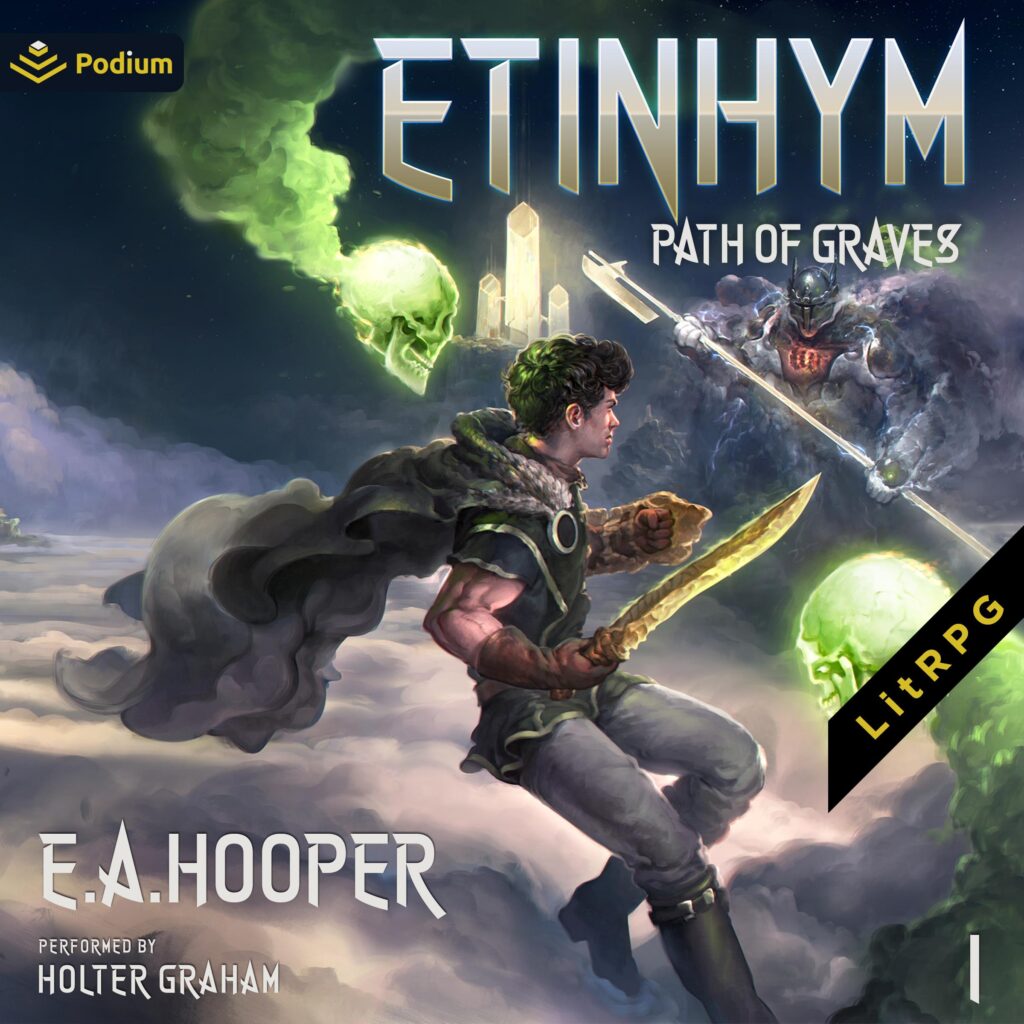 The Light Pantheon rules from above. The Dark Pantheon rules from below. Together, they defeated the other divine races and became the masters of Etinhym.
Eadric is the son of the Grave Queen, but he was raised in the Crown Realm as part of the alliance between the two pantheons. After reaching the age of 18, he’s finally able to choose the path that will allow him to acquire demigod abilities and explore the many realms of Etinhym. Although his goal is to become a Grave Lord, serving under his mother, he finds himself following the trail of a conspiracy that threatens the divine pact that has kept the jotuns, the valkyries, the greater demons, and the dragons from uniting against the gods.
Eadric’s story will take him through strange realms, from a spatially disjointed forest that twists and turns on itself to a living ocean of blood and a skyscape full of floating castles. He’ll also have to face off against strange monsters, corrupted spirits, and even towering abominations. If he fails, then the war that follows will likely be the last war Etinhym ever sees – a war that will surely lead to the extermination of the human race.
This book contains RPG elements, harsh language, and descriptions of violence.