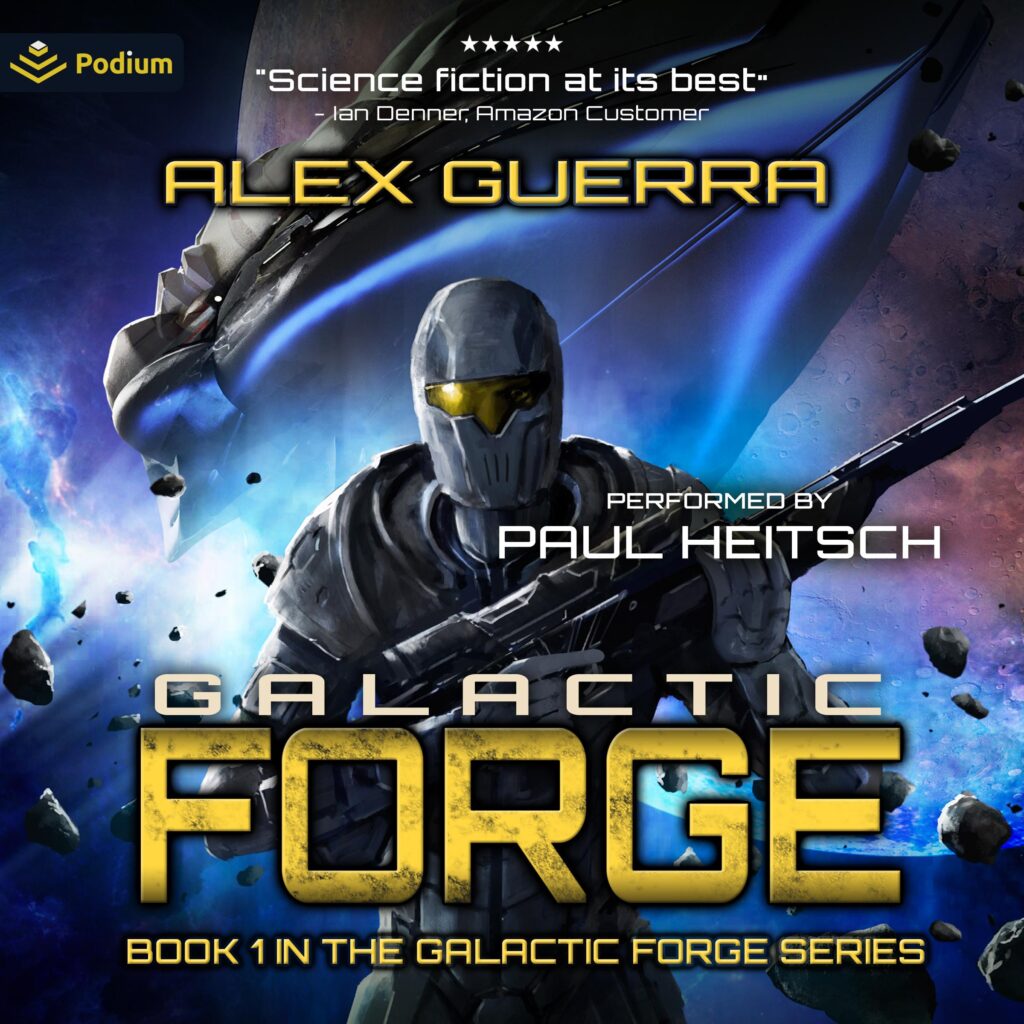 Former Marine Arthur Holland’s destiny begins when an aircraft crashes on his property in the mountains of Colorado.
He moves to investigate and to help any survivors, but the closer he gets the less control he has of his movements.
An unknown force urges him to open the door of the mysterious craft, discovering the secret that lies within: a dead, alien pilot and a peculiar, otherworldly crystal. If that wasn’t enough, the crystal feels like it is alive. That’s when he hears a single word inside his mind: run.
An enemy vessel approaches overhead in pursuit of the downed ship, leaving Arthur little time to make his escape.
Guided by this strange voice, Art is propelled through a hidden portal, arriving somewhere unknown. On the other side of the galaxy, without a means of returning home, he has no choice but to move forward and help the crystal accomplish its mission: upgrade the ancient derelict ship, recruit new allies, and help the Galactic Conglomerate fight the Vael Empire.
It may be destiny that’s called him, but it’s the choices he makes that will forge his future.