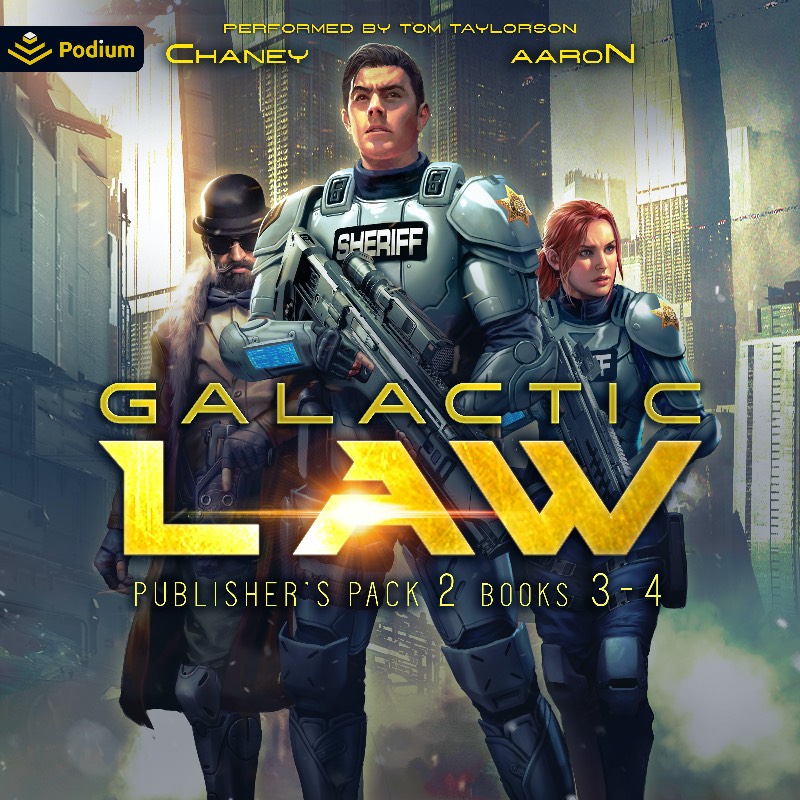 Contains books three and four of the Galactic Law series.

Dark money. Slave traders. Smugglers and bandits. The Deadlands is a dangerous place. Chaos and violence continue to rock Taurus Station, and Deputy Gage Walker is on a mission to bring down those who would fuel the fire.

With his trusted crew, Walker’s on a hunt for a witness who holds the key to everything. Trouble is, getting the witness means breaking into a dark site prison with the deadliest security imaginable.

In a battle for the future of Taurus Station, Walker must stop at nothing to bring the Sheriff’s justice to the lawless Deadlands and all who would stand in his way. But his enemies aren’t going down without a fight, and the victor will change the system forever.

Taurus Station has lost its leaders, crooked as they were, and now a new crime wave is ravaging the station. Deputy Gage Walker’s investigation into dark sites across the Deadlands has roused the anger of a crime syndicate with more power than anyone knows, and they’re determined to seize Taurus for themselves.

With the help of his new team, including the Renegade Fratley Oxonos, Walker will need to infiltrate the syndicate and learn their plans before the world they know is destroyed forever.

In a fight to save the station, Gage will need to use every tool at his disposal to ensure justice is served, even if it means becoming the very thing he hates.