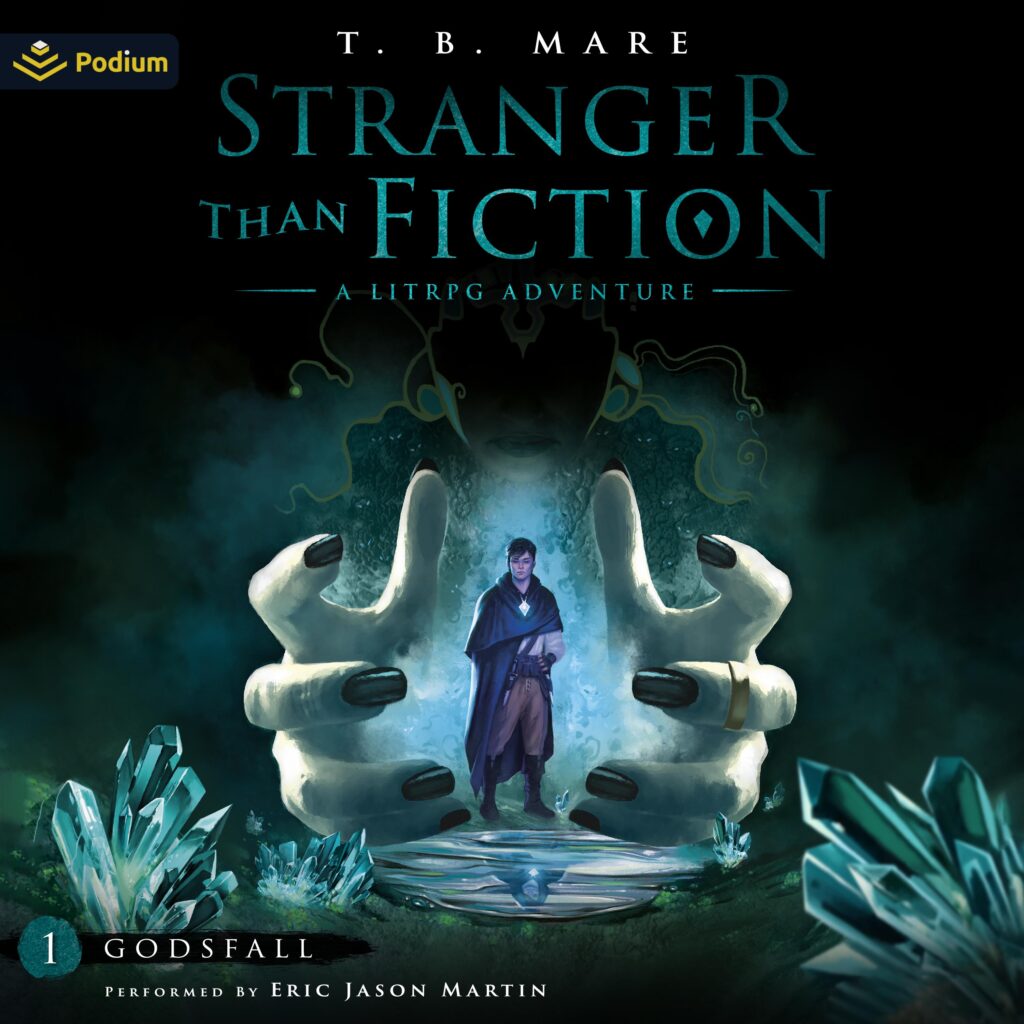 A cynical law student must learn to harness magical powers while navigating a world of gods and monsters in the first book of this LitRPG fantasy series.

Lukas Aguilar does not believe in gods. Despite—or perhaps because of—his deep knowledge of mythology and lore, Lukas has always valued what is practical, factual, and verifiable, eschewing faith for what he can see right in front of him. That is, until an earthquake destroys his home, and he wakes up in a dark cavern infested with bloodthirsty and unearthly creatures, wielding strange powers and hearing an even stranger voice in his head claiming to be a goddess.

Now Lukas must learn to embrace the unbelievable, leveling up his abilities and cooperating with the devious deity in his mind—and fast. Because wherever he is, it isn’t friendly, and he’ll need to fight to stay alive . . .

Filled with unique characters and intricate world-building, Godsfall launches a captivating series that will appeal to fans of epic fantasy, progression storytelling, and clever spins on classic mythology.

The first volume of the hit LitRPG adventure series—with more than 600,000 views on Royal Road—now available on Audible and wherever ebooks are sold!