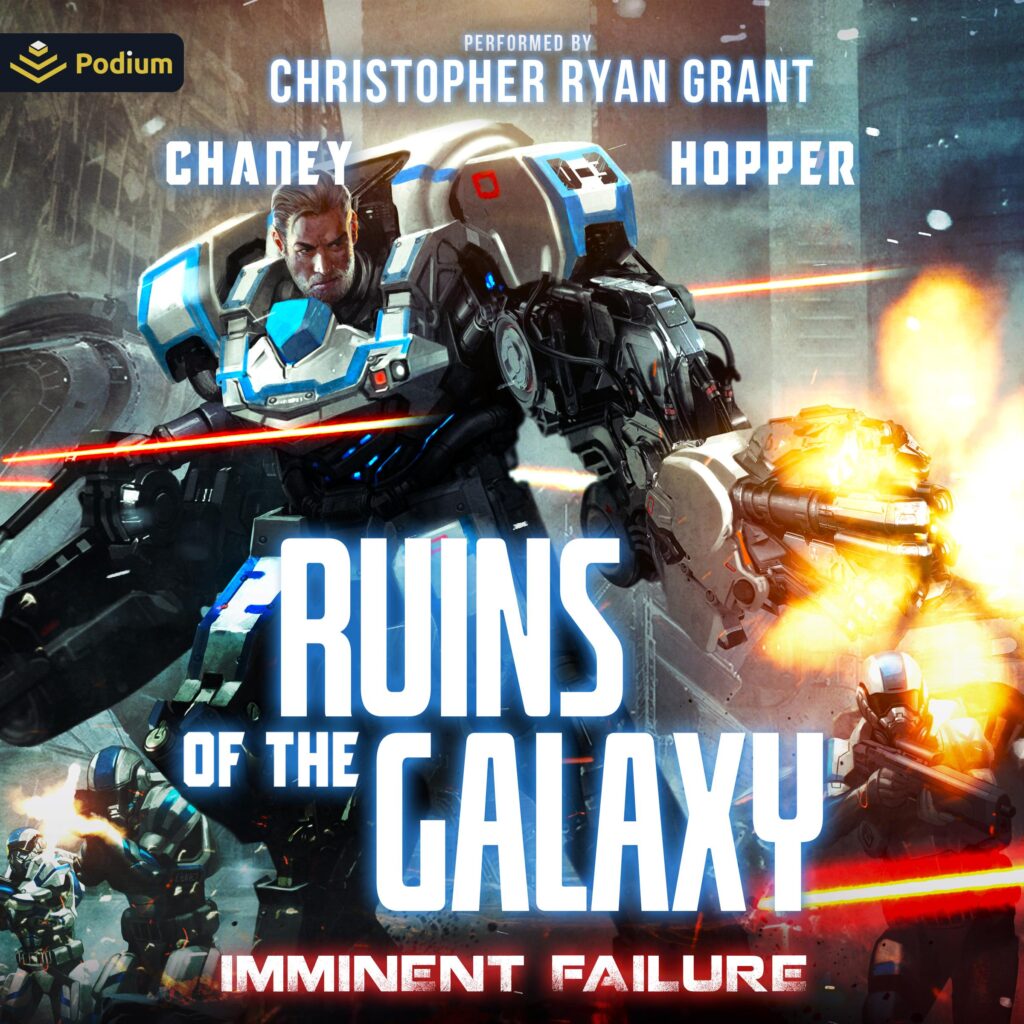 Three fleets aim to wipe out a planet.
One team must raise the alarm…and time is running out.
As Moldark turns his attention to Capriana Prime, Magnus and his gladias attempt to convince the Republic’s leadership to raise the planetary defense shield. But this seemingly simple task turns out to be more difficult than anyone expected, placing the planet’s population in grave jeopardy.
Desperate to save the capital, Magnus and the Gladio Umbra fight to save the seat of galactic rule at all costs.
Azelon isn’t without her tricks, however, and provides new hardware for Magnus—the BATRIG mechanized battle armament system.
But as time runs out, Magnus is faced with the hardest choices of his life…and gambles will be made.
All for the greater good.
The Ruins of the Galaxy series is now performed by Christopher Ryan Grant, narrator of the bestselling sci-fi series Strange Company.