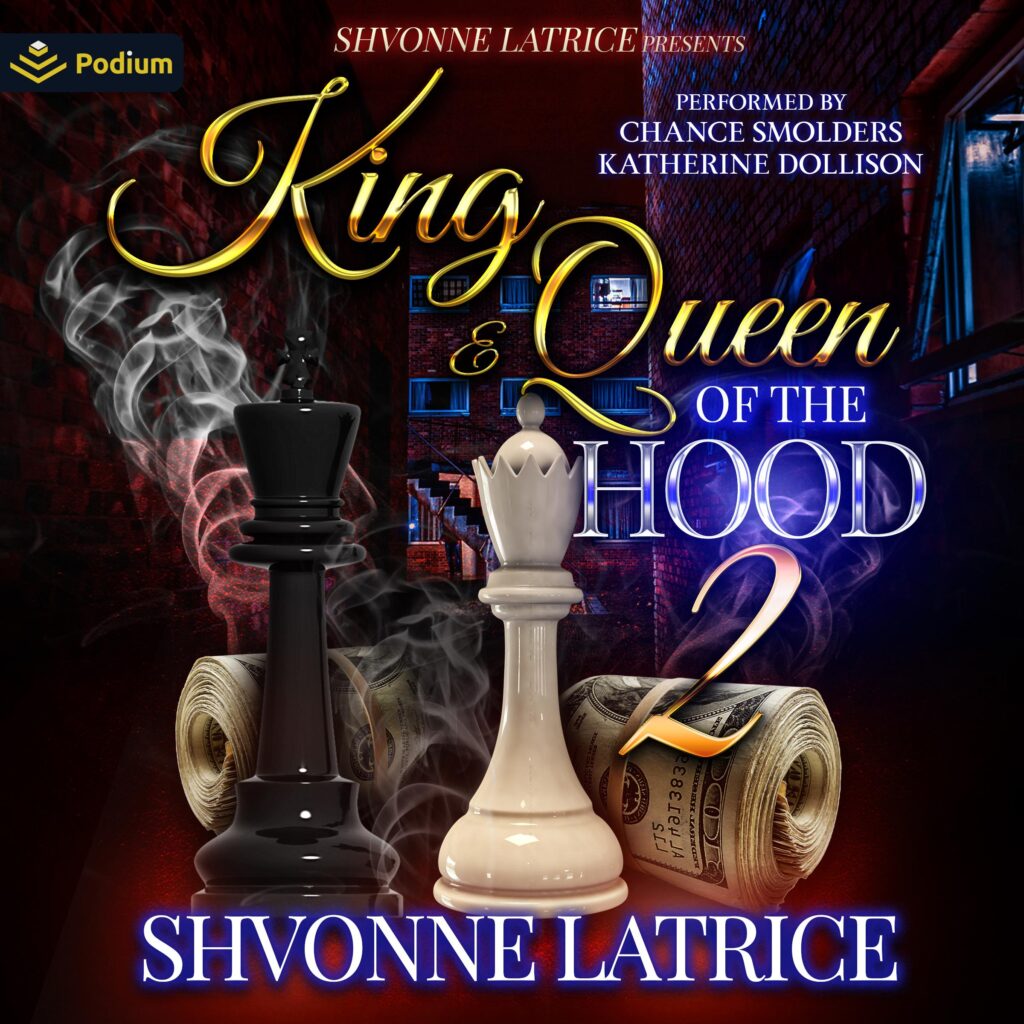 The hood love story being weaved between the feisty Andreka and the gangsta Krucial has come to a halt when he realizes someone has gotten to her.
Between that, and finding out her supposedly dead ex is actually alive, Krucial is on a race against the clock to save his girl before it’s too late. Will he be able to, or has she landed in the hands of his rivals, who surely won’t be willing to take it easy on a woman deemed a disloyal, hood-hopping trader. And if he does get her back, is their bond strong enough to withstand all the curveballs thrown their way from the jealous, envious, and forever plotting outsiders?
In the second installment of King & Queen of the Hood, the heat in the kitchen gets hotter–as everyone does their best to keep a lid on their container of secrets. But as the saying goes, what’s done in the dark will come to light, and when it does, the result will be explosive.