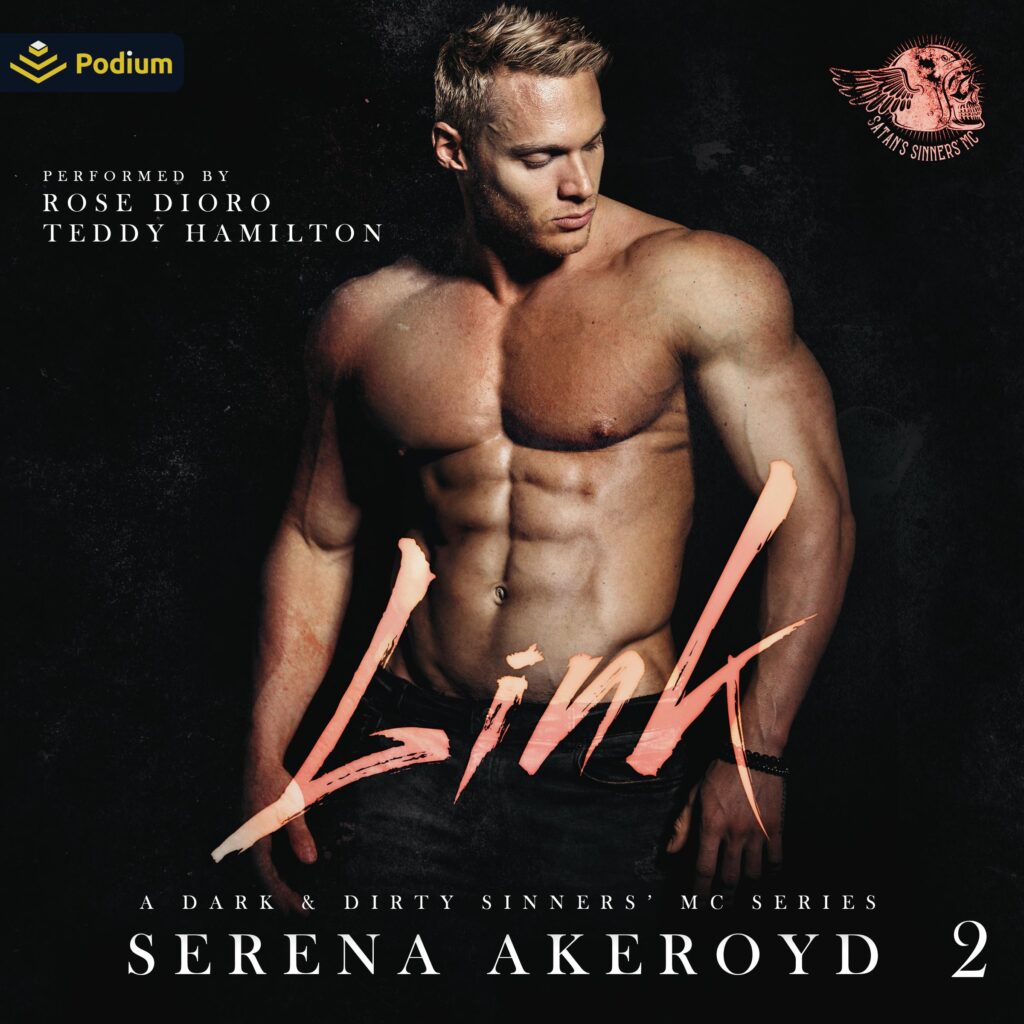 Lily
He’s rough. He’s ready.  I’m neither.
I’m a sacrificial lamb just waiting to be slaughtered.
A socialite spawned by a sadist whose life’s work is to cause misery in others.
My life is a prison cell, until he helps me find the key.  He’s not as dark or as dirty as they say he is.  His roughness stirs something in me.
Something primal. Something no socialite should crave.
He’s a brother in an MC, a world that should be alien to me but somehow, it’s my first real home. It has rules and regulations that make no sense to me, but one thing is clear: society princesses and MC brothers aren’t a match made in heaven.
But I’m fine with ruling over hell instead…
_Link _is the second book in the eleven-book A Dark & Dirty Sinners’ MC series.

I’m a romance novelaholic and I won’t touch a book unless I know there’s a happy ending. This addiction is what made me craft stories that suit my voracious need for raunchy romance. I love twists and unexpected turns, and my novels all contain sexy guys, dark humor, and hot AF love scenes. I write MF, Menage, and Reverse Harem (also known as Why Choose romance,) in both contemporary and paranormal. Some of my stories are darker than others, but I can promise you one thing, you will always get the happy ending your heart needs!

_A life-long actor and a voice-over artist since 2009, Rose began recording audiobooks in 2014. Her work on Helena Hunting’s Pucked series solidified her place in the romance audio landscape and she’s never looked back. Rose can be heard on many other titles by Helena Hunting, as well as the likes of Alessandra Torre, Lauren Blakely, Debra Anastasia, Nicole Snow, Lex Martin, and many more. She is currently recording PJ Fiala's entire 31-book military-romance catalogue! Rose works with large and small-scale publishers and production companies. Some clients include Harper Audio, Macmillan Audio, Podium Audio, Blackstone Audio, Audibly Addicted, and One Night Stand Productions. She loves performing any and all accents. Having grown up in Alabama, southern accents are a particular favorite, but Rose has yet to find an accent she couldn’t tackle. Some other frequently used accents are various British, Italian, Russian, Eastern European, and other regional American accents. As an Italian speaker, she also loves taking on projects that rely on her Italian language skills. Learn more about Rose at [www.rosedioro.com](http://www.rosedioro.com/) or follow Rose on Twitter, IG, and Facebook at @rosediorovo._