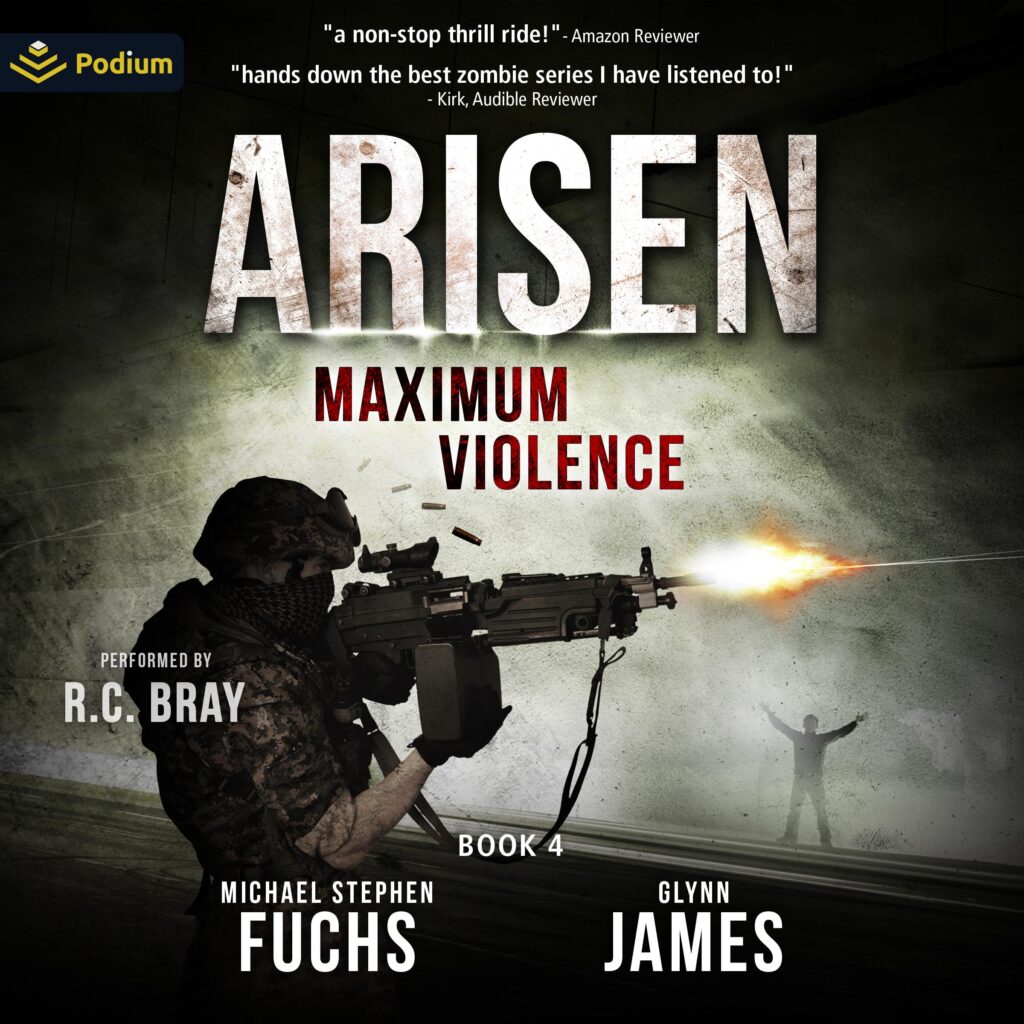 In Canterbury, as the virus rages out of control, one troop of Royal Marine Commandos fights a 360-degree battle for survival while also racing to rescue the Channel Tunnel survivors from a relentless siege, all before Hellfire missile strikes and carpet bombing kill anyone left alive.
Across the Atlantic the crew of the USS John F. Kennedy risks a catastrophic reactor meltdown to get out of the path of a 10-mile-wide tide of the dead while onshore, at the naval air base, Wesley’s tiny team maintains a lonely vigil that turns horrifyingly dangerous as the edge of the storm hits, pushing desperate civilians ahead of it.
In the air above, Gunnery Sergeant Fick leads a handpicked fireteam of spec-ops marines halfway across North America to take and defend an airfield on a remote island but learns, to his cost, that it is a place with a terrible history and very dangerous secrets. Finally, out on Lake Michigan, Alpha team races toward extraction…but first must fight their most harrowing battle yet, this time against the living, who are both more treacherous and a hell of a lot better armed than the dead.
Who will be left standing at the end? Find out if your heart can take the strain in the biggest and most explosive Arisen book yet: Arisen, book four: Maximum Violence.