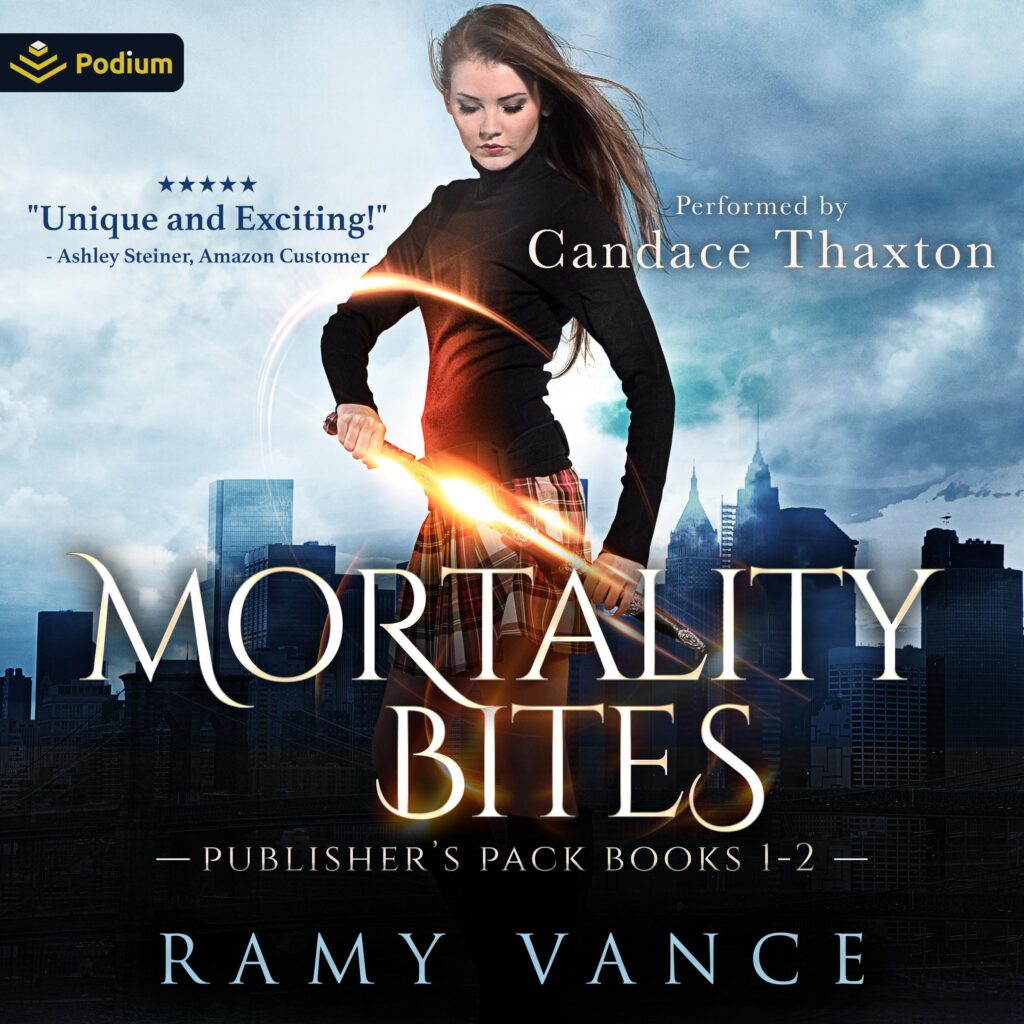 Mortality Bites: Publisher’s Pack contains books 1 and 2 of the Mortality Bites series.
Mortality Bites, Book 1:
Mythical creatures are real, and the world is just finding out. Discovering that your neighbor was once an evil, blood-sucking fiend tends to bring property values down.
Katrina Darling’s only real friend has been murdered. And not just murdered – ritually sacrificed by a serial killer. Kat is sure more death will follow. She should know…she used to be the monster plunging the blade in. Trouble is, after 300 years of being a vampire, Kat has forgotten what it means to be human. One thing she does remember is that friends matter. Now she’s determined to find whoever – or whatever – killed her friend before more victims surface. But just as the hunt begins, a mysterious young man discovers exactly what she was. Kat has a decision to make: run and keep her monstrous past hidden, or avenge her friend and save the city from a merciless serial killer.
Family Matters, Book 2:
Family matters…but so does breathing.
All I want is to be a normal college student, doing normal human stuff…you know – date the resident hunk, study, date some more. But when you’re once undead mother pops in for a surprise visit, well, that’s anything but normal. I think it’s best to make good ol’ mom’s visit as short as possible. But when a deranged stalker from our past, hell-bent on making my mother suffer, interrupts our little dysfunctional family reunion, I’m forced into a perilous fight that could very well get me, my boyfriend, and everyone I know killed. I’m Katrina Darling, a 300-year-old ex-vampire who apparently still has mommy issues.
If you like the Dresden Files, Mercy Thompson, or Buffy the Vampire Slayer, then you’ll be helplessly addicted to the Mortality Bites series!