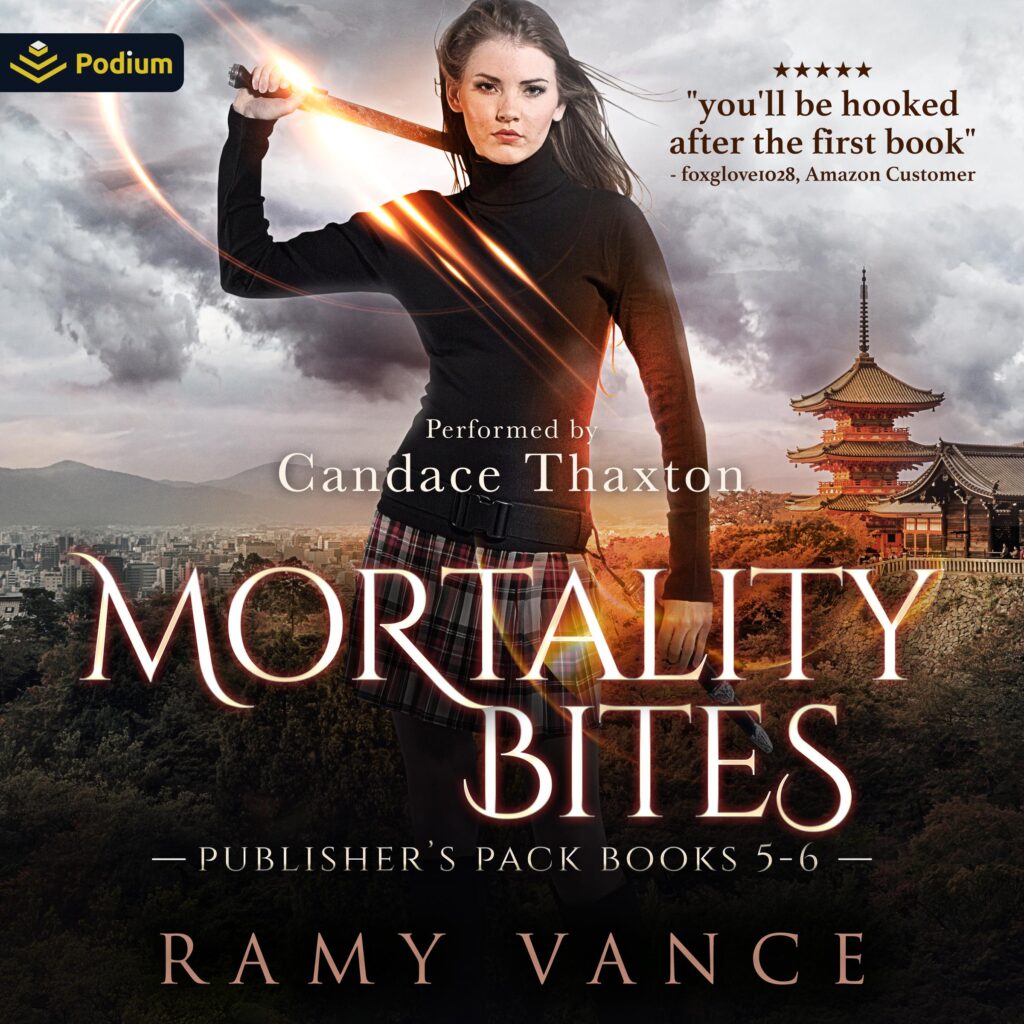 Mortality Bites: Publisher’s Pack 3 contains books 5 and 6 of the Mortality Bites series.
Dawn of a Thousand Sunsets, Book 5:
Japan is the land of the rising sun. Great place for a vampire.
But that’s exactly where I have to go to find my missing soul. A few weeks ago, I was briefly turned back into a vampire, which meant that I lost my soul for a day. When I first lost my vampirity, my soul came back. For reasons I don’t understand, this time it didn’t.
What’s a girl to do? Go look for it, of course.
The only problem is that my soul is being held hostage…in Japan. Why couldn’t it have been the mall?
My name is Katrina Darling – ex-vampire, newly re-human-ated university student – and I’m about to max out my credit cards on plane tickets.
Three Dead Gods, Book 6:
Even gods can die. Turns out, they can also come back.
The gods should be gone. And with their departure, they should have taken their troubles with them.
But it seems that when the gods left, they didn’t take everything. Specifically, they didn’t take their dead. Three dead gods remained behind, and because of something I did, they’re going to resurrect themselves.
I’ve seen the world with gods, and I’ve seen the world without them. I can’t really say which is better, but what I do know is that these particular gods are real a—–es. Because I’m responsible for their resurrection, I’m also the girl who’s on the hook to stop them. Yaaay.
My name is Katrina Darling – ex-vampire turned human again – and I’m about to make three dead gods deader.
If you like the Dresden Files, Mercy Thompson, or Buffy the Vampire Slayer, then you’ll be helplessly addicted to the Mortality Bites series.