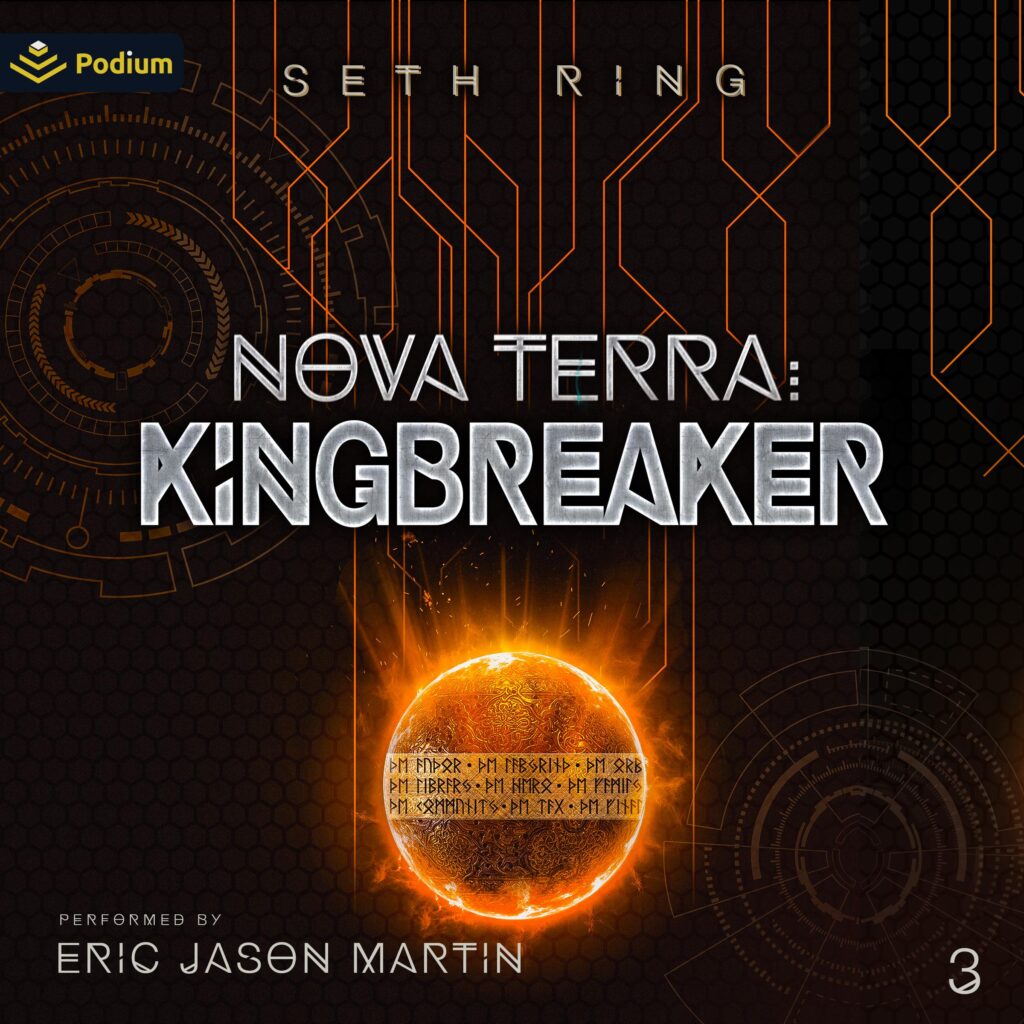 Having defended Moon Wolf Citadel from the super guild, Ragnarok, and carved out a place for himself in Nova Terra, Thorn stands on top of the fantasy world.
But Nova Terra is not as simple as it seemed. Thorn quickly discovers that the political leaders in the capital of Northern Angoril are turning jealous eyes on him. The young Titan is forced to take a step back, beset by complications on every side. With players flocking to Greymane Valley the pressure of ruling the Wolfkin grows, not helped by Ragnarok’s unrelenting attempts to destroy his fledgling guild. Balancing the threats to Greymane Valley, pressures from an aggressive super-guild, and his own need to rebuild relationships with his reformed team, Thorn must step up in a way he has never before, or risk everything he has built falling apart.
Under the continent of Angoril an ancient race stirs. Courdum the Stone King has woken and desires to reforge his empire. The evil mage gathers his cursed brethren and the Stone Legion is on the march.