Reset! The Imprisoned Princess Dreams of Another Chance!, Vols. 1 & 2 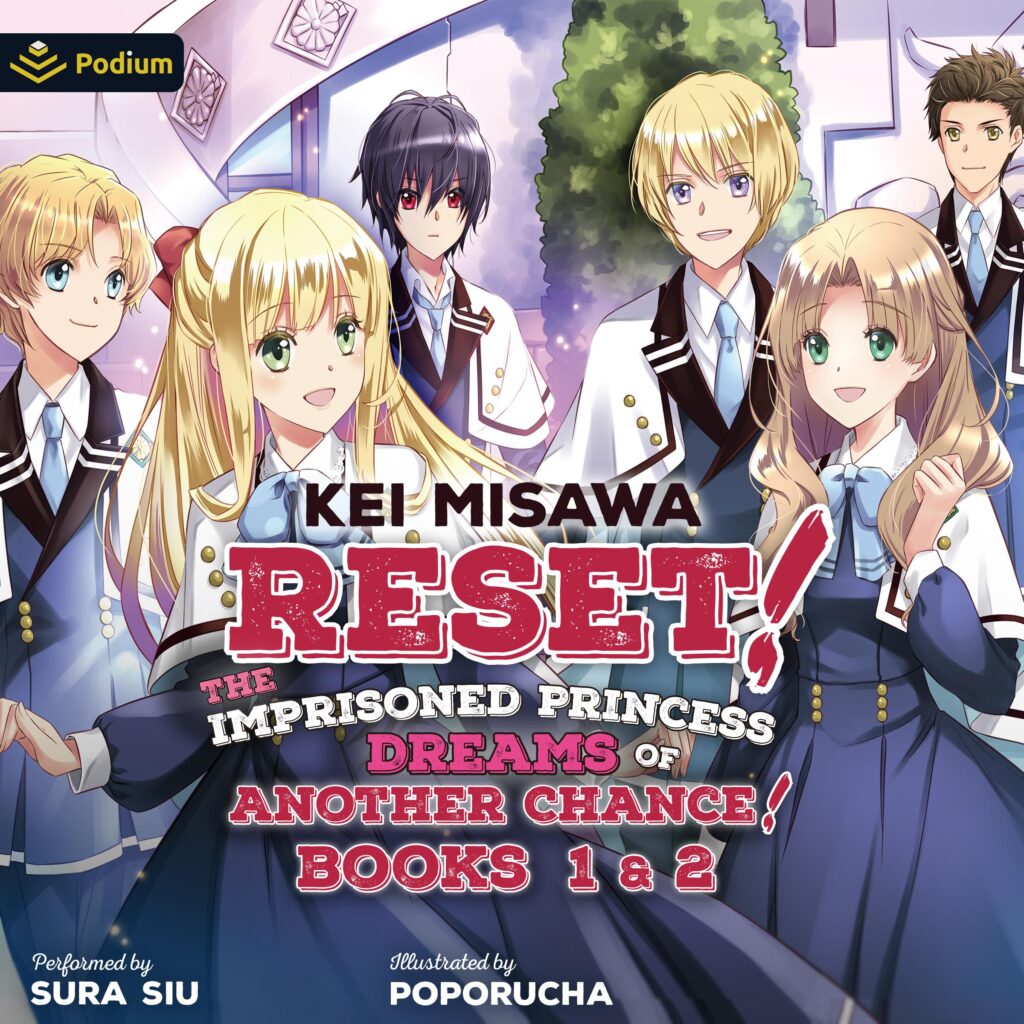 Contains books one and two of Reset! The Imprisoned Princess Dreams of Another Chance!
Book 1
Can magic change her future?
Days before her marriage to the king of the neighboring Sunruta Kingdom, Princess Annabel of Najir is abruptly betrayed by her fiancé and thrown into prison with her magic knight under suspicion of being a spy. After being held captive for months and informed her kingdom is no more, Annabel passes out in a burst of destructive magic, only to awaken as her 12-year-old self, six years before her political marriage.
Armed with knowledge of the dark future to come, she now has another chance to bring about a new fate.

Book 2
Who doesn’t deserve a second chance?
Grail Academy’s final year is about to begin when Annabel receives an invitation to attend the crown confirmation ceremony of Prince Daniel, the man she was engaged to and who’d destroyed her kingdom during her past life. Also invited is Princess Karina of Nigren, the cause of Annabel’s imprisonment and Ed’s death. But the Karina Annabel meets this time around couldn’t be more different – she’s bubbly and sweet!
But just as Annabel comes to believe she and Karina can actually be friends, the other princess changes for the worse. At the same time, Nigren’s most powerful witch falls ill from unknown magic. Together with Ed, Annabel sets out to solve the mystery and prevent the destruction of her kingdom!

Sura Siu is an Earphones Award winning audiobook narrator and voice actor. In addition to audiobooks, she has lended her voice to Disney and Netflix series, audio dramas and commercials. Sura is of blended Asian heritage (Thai, Chinese, Vietnamese and Japanese) and loves to bring authenticity into the characters and stories she narrates. Being multilingual, Sura has an edge in tonal languages as well as having an ear for the musicality of the spoken word. Her passion is to breathe life into characters, stories and the printed word. When she's not in the booth, Sura enjoys exploring the urban jungle of her home in New York City as well as playing video games and reading.