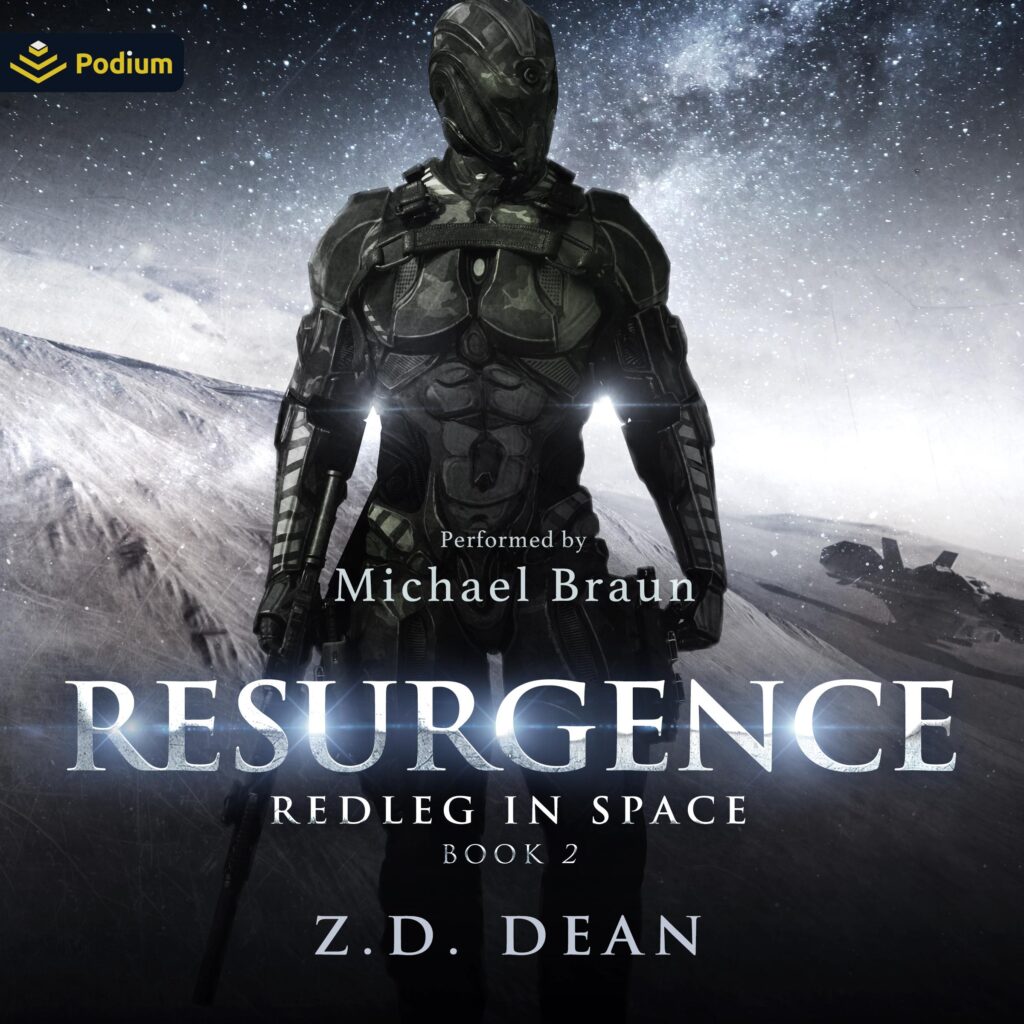 Exiled from Unity core space and bent to get back to Earth, Zade starts his journey in the derelict ship provided by the chancellor.

After a lucky bout of clumsiness, he learns that the ship he was given is much more than meets the eye. The ancient ship, crafted with poorly understood technology, gives Zade hope that he can help mankind meet the challenges of their inclusion in the interstellar community. All he has to do is make it home with minimal delays…

Z.D. Dean is a former Army officer who spent most of his free time on deployments either working out or reading. As an avid fan of science fiction, once he left the military, he began writing his own. When he’s not working his day job or writing, Dean enjoys helping local veterans’ charities and being outdoors.

Heather O’Neill has been narrating audiobooks for over twenty years. She was a 2018 Audie Award Finalist for Fantasy and twice awarded with the AudioFile Earphones Award for Fiction. Originally from Northern Ireland she was trained in acting at the Neighborhood Playhouse and the Richard Pinter Studio in NYC. Her acting credits include Off Broadway productions with the Irish Repertory Theater and film. She also practices law in NYC and practiced as a Barrister in London, England.

MICHAEL BRAUN has narrated over 200 titles in genres ranging from literary fiction to nonfiction, thrillers, science fiction and young adult. He has had the pleasure of narrating for numerous New York Times bestselling authors. Recent projects include Karl Ove Knausgaard’s The Morningstar and The Podcaster by Christopher Chen, a commission by Audible Theater. He can be seen in the upcoming feature films The Tender Bar directed by George Clooney (based on the memoirs of J.R. Moehringer), The Courtroom directed by Lee Sunday Evans, and Deep Water directed by Adrian Lyne (based on the Patricia Highsmith novel of the same name). He appears in the third season of "The Sinner," and recently played EJ on the fifth and final season of Showtime’s “The Affair” opposite Anna Paquin. He has appeared on Broadway in The Crucible directed by Ivo Van Hove, War Horse at Lincoln Center as well as The Bridge Project: Winter’s Tale/Cherry Orchard, directed by Sam Mendes at BAM and the Old Vic in London. Other New York theater credits include shows at The Signature Theater, The Public Theater and Second Stage as well as work across the country at the McCarter, NY Stage and Film, Williamstown Theater Festival, Yale Rep, Centerstage and Seattle Rep. His film credits include the Chris Morris’s The Day Shall Come, Dark Water, Incoming, Dare, Igby Goes Down and Drinks! His television credits include: "Succession," “The Night Of,” “High Maintenance,” “Mozart in the Jungle,” “The Good Wife,” “Nurse Jackie,” “Law & Order,” “The Blacklist,’ “Blue Bloods,” “Unforgettable,” “Do No Harm,” “Comedy Bang! Bang!” the ABC pilot "Awkward Situations for Men,” and the Apple show “Dickinson.” He received his MFA from the Yale School of Drama and is the recipient of a Princess Grace Award.