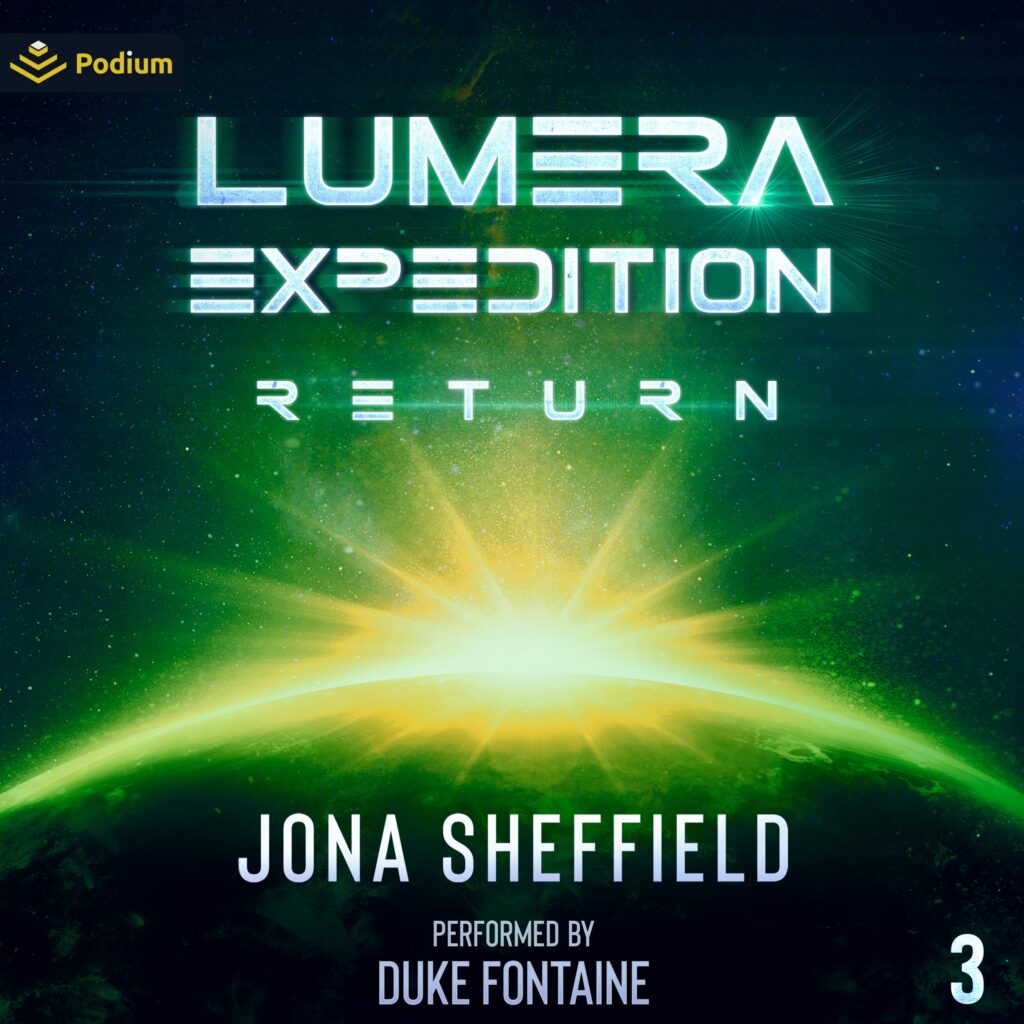 The hope of the living are the dead.
A desperate distress call from Earth reaches the new colony on Lumera. Now, the fate of all life in the universe as we know it is at stake. An enemy believed dead threatens the peace between humans and Kidj’Dan: Dr. Elias Fox, the unscrupulous politician, has mutated into a walking superweapon thanks to his hyperbots, and has only one goal: revenge.
Julia Jennings and her friends join forces to face the new threats. With a Kidj’Dan spaceship, Julia, John Stanhope, and Ondras go on a rescue mission back to Earth. Aided by President Lenoir, Peter Jennings stays on Lumera and searches the dangerous jungles of Lumera for Anastacia, who was lost in the war.
However, the discovery of technology from a lost alien culture could alter life in the universe forever and avert the apocalypse on Earth. Will humans and Kidj’Dan put the artifacts to good use? Or will they meet the same fate as the culture that once created these wonders?
The Lumera Expedition series reaches its brilliant climax: together with friends old and new, humanity fights not only for its own survival, but for the fate of all life in the universe.