Sourdough Culture: A History of Bread Making from Ancient to Modern Bakers

Sourdough bread fueled the labor that built the Egyptian pyramids.
The Roman Empire distributed free sourdough loaves to its citizens to maintain political stability. More recently, amidst the COVID-19 pandemic, sourdough bread baking became a global phenomenon as people contended with being confined to their homes and sought distractions from their fear, uncertainty, and grief. In Sourdough Culture, environmental science professor Eric Pallant shows how throughout history, sourdough bread baking has always been about survival.
Sourdough Culture presents the history and rudimentary science of sourdough bread baking from its discovery more than six thousand years ago to its still-recent displacement by the innovation of dough-mixing machines and fast-acting yeast. Pallant traces the tradition of sourdough across continents, from its origins in the Middle East’s Fertile Crescent to Europe and then around the world. Pallant also explains how sourdough fed some of history’s most significant figures, such as Plato, Pliny the Elder, Louis Pasteur, Marie Antoinette, Martin Luther, and Antonie van Leeuwenhoek, and introduces the lesser-known ”but equally important” individuals who relied on sourdough bread for sustenance: ancient Roman bakers, medieval housewives, Gold Rush miners, and the many, many others who have produced daily sourdough bread in anonymity.
Each chapter of Sourdough Culture is accompanied by a selection from Pallant’s own favorite recipes, which span millennia and traverse continents, and highlight an array of approaches, traditions, and methods to sourdough bread baking.
Sourdough Culture is a rich, informative, engaging listen, especially for bakers”whether skilled or just beginners. More importantly, it tells the important and dynamic story of the bread that has fed the world. 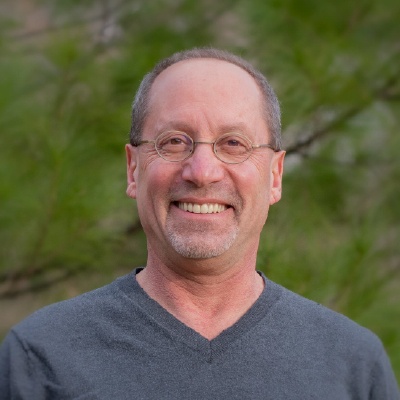 Eric Pallant is a serious amateur baker, a two-time Fulbright Scholar, award-winning professor, and the Christine Scott Nelson Endowed Professor of Environmental Science and Sustainability at Allegheny College. He is acknowledged for his skill in weaving research narratives into compelling stories for Ted-like talks (Grisham Lecture Series, London), bread symposia, podcasts, and articles for magazines such as Gastronomica, Sierra, and Science. More information on Pallant and his sourdough cultures, including a map of bakers around the world using Cripple Creek sourdough, can be found on his website. He lives in Meadville, Pennsylvania, with his wife, a cat he did not expect, and three active sourdough starters.