The Art of Less Doing 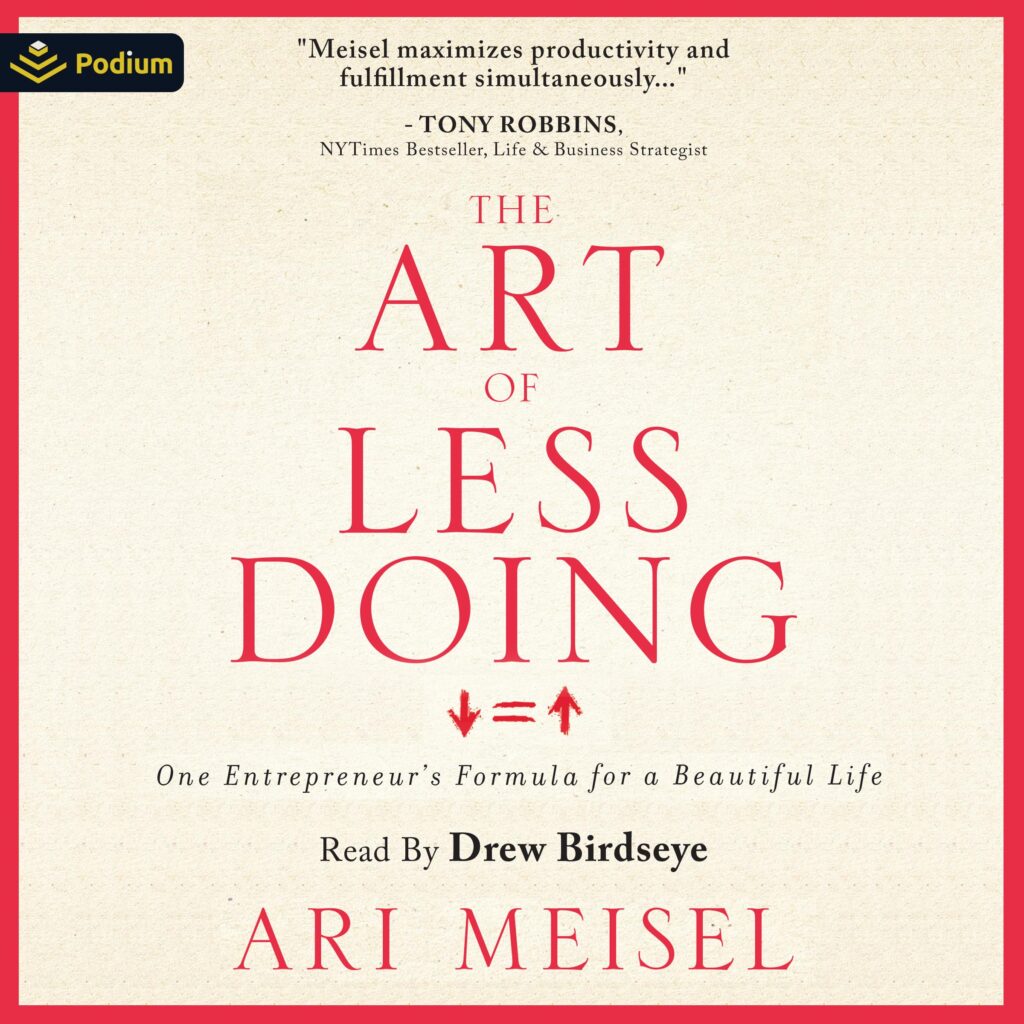 At the peak of his career and success, Ari Meisel nearly killed himself from exhaustion and overwork.
He had to make a choice: He could let his "success" destroy him physically and mentally, or he could find a better way to live. He spent the next few years redesigning his life from scratch.
Ultimately he found the way to reduce his workload by 80 percent while actually increasing results and success. Furthermore, he could spend time on what matters most: his family.
This book describes his method.
Using Meisel’s revolutionary Optimize, Automate, Outsource approach, you will learn how to take almost anything you do and make it work smarter instead of harder. Modern methods like the 80/20 rule, the 3 D’s, and multiplatform repurposing let you build a high-powered, traditional-style "success factory" that requires only one employee to run.
Less work, more results, more happiness.